A couple of years ago, I bought a 1974 Volkswagen Beetle on Craigslist for $300. Totally the best $300 I’ve ever spent. Of course, it wasn’t in brilliant shape, but as a huge car fan, it was an amazing buy for me. I finally got to turn a wrench without worrying about breaking anything, because the car was already beaten up. And even if I did break something it would excite me, because it provided an opportunity to learn something else about the car. The Beetle evoked passion in me that my dad started when I was a little kid. It’s totally his fault, but I’m not complaining.

I read about cars constantly. If my computer is on, it is safe to assume that there is at least one tab open on the forums. I think I pay for Netflix just to watch “Top Gear” over and over. But seeing as I’ve bought several cars and have helped other people buy theirs, I thought a guide to purchasing one seemed like a logical starting place for this column. 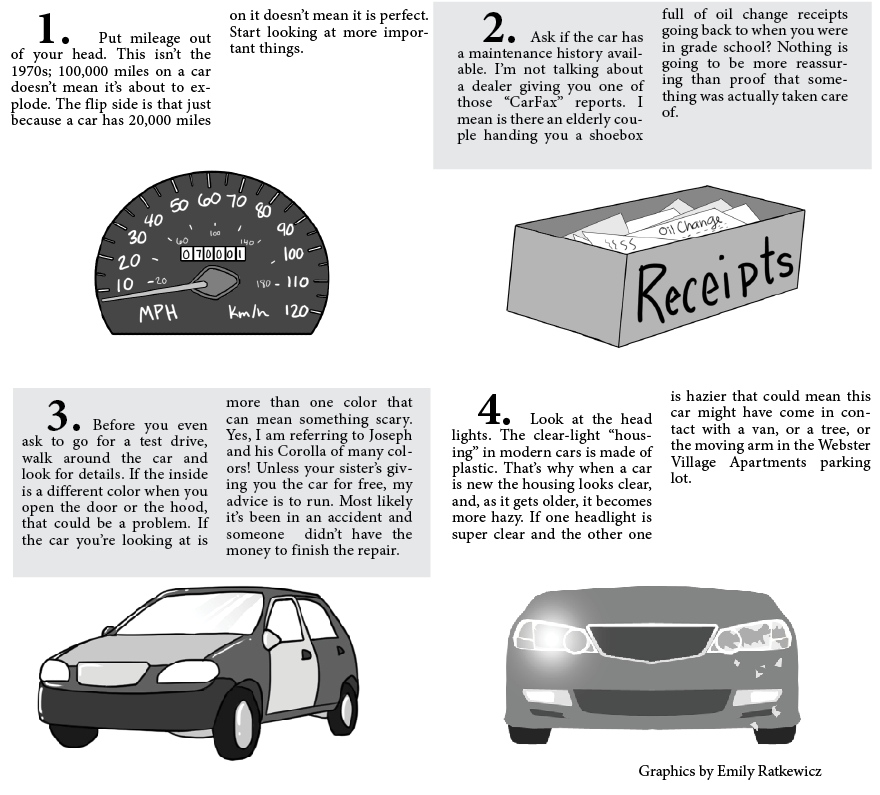 Keep these ideas in mind, and you’ll avoid some giant pitfalls. See you next time, and be safe out there.