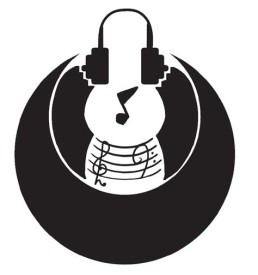 Music is run by record labels. They control what is put out, what is marketed and sometimes what the music sounds like. With these chains around almost every musician  right now, creativity is hindered. Bands in this age are instructed to write what sells, as opposed to what is original. The big problem is every artist’s primary goal is to be signed. Many see these record labels as the light at the end of the tunnel for their careers.

Labels want musicians who are marketable. Artists need to have a certain image, a special demeanor. Sure, the band’s sound matters, but image is everything in today’s music world.

If someone doesn’t have enough tattoos, a label may make them get more. If they find something musically they disagree with, they’ll make the band change it, and there’s nothing the band can do. They signed a contract.

If a record label’s contract is signed, most artists think big-time success will follow. Sometimes it does. Labels are great at distributing music to the masses and getting musicians’ names out there. Every artist needs help exposing their music to the public in the beginning. But once they acquire this exposure, the label only holds them back.

What bands should be shooting for is to produce their own music. This doesn’t mean dropping a record label entirely, but only having the label distribute the CDs or take care of marketing. After the band builds a following, they should write, produce and think on their own. That way creativity thrives, all the funds go to the band, and there’s no stress to meet an image. Bands like Radiohead are taking steps to break free from their label by letting fans price digital downloads for its album. Meanwhile, bands like Nine Inch Nails have released albums in an attempt to take matters into their own hands.

However, there are many factors that could foil this plan for musicians. The biggest problem will always be money in the music industry. The idea of a band recording all on their own sounds great, but only if funding permits. As for recording, many bands will try and go to someone they trust to record the album instead. It can be very costly to buy all the equipment to record in a basement.

But the methods of escaping the ties of a record label are irrelevant. If anything is to be taken from this, it’s that labels have too much control over modern musicians. There are far too many gatekeepers in today’s music industry causing creativity to crumble, and it’s up to the artists to loosen the grips.  They need to break free and give themselves the chance to pave their own future without using the label as a crutch. And this is how I see the future of music being — purely original. It’s a big dream, but it’s something I hope every artist making a name for themselves portrays.