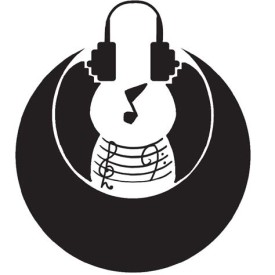 It’s showtime in a packed concert venue. The name of the next band is unknown to the audience, since most of them are there to see the headliner. The opening band takes its place on stage and waits for a moment. The audience assumes a vocalist is going to make a dramatic entrance during the opening song. But the band begins to play, and a vocalist never sets foot on stage throughout the whole set.

This is becoming a reccurring trend in the music industry. Many bands are creating completely instrumental music. Therefore, the focus is entirely on the instruments themselves instead of a singer.  The music revolves around guitar riffs and complex song structures, rather than music that compliments a lead singer. This is seen as taboo by the general music community, since popular artists always have a frontman or front-woman. But this singer-less style offers many different benefits.

Instruments are often overshadowed when an attractive, skilled vocalist fronts a band. Fans usually don’t pay attention to the instruments when the vocalist is yelling their favorite lyrics over the guitars and drums. When music is solely instrumental, it gives the musicians a chance to show off what they can really do.

This is why instrumental music is so fascinating. It allows the band to envelop their listener. Without the ties of a vocalist, bands can create an atmosphere for their listeners with the subtle and calming sections of their songs: no voices, no lyrics. These sections are often very ambient, allowing listeners to let their minds wander and find their own world in the music.

Yet, this can also be a crutch for instrumental music. The music style works best when the band can create a powerful and catchy melody. The artists must be very talented to create an entire album based off of music and not a lead vocalist. Instrumentals can be beautiful if done well, to the point where adding vocals over them would ruin the vibe and craftsmanship. But most listeners don’t see it this way.

If the instrumentation is lacking, listeners aren’t going to care much for the music. Even with a strong collection of musicians, the modern masses have trouble digesting music without a singer. Despite the defined sound beneath all the scales and guitar work, most people cannot appreciate the fast-paced music without some sort of hook. Having a singer is not only a hook, but a norm. Most musicians are too afraid to go on stage without one.

Inevitably, instrumental music often boils down to progressive rock/metal. Most instrumental music nowadays consists of technical scales intent on showing off practice and skill. This forces the band to create the lead using a guitar riff or catchy rhythm, otherwise the song will fall flat.

The instrumental movement is still growing larger and larger. Many instrumental bands have already found exposure, including Buckethead, Animals as Leaders and Scale the Summit. Artists are realizing that music doesn’t have to be about the auto-tune or pop-star mentality. Instrumental music helps solidify the technique that artists put into playing an instrument. Some of these musicians are the best in their craft. This newfound style helps listeners appreciate the skill it takes to create such music.