What is a concussion?

A concussion is defined as a traumatic injury to the brain as a result of a violent blow, shaking or spinning.

What are some signs of a concussion?

The most common signs and symptoms include:

— confusion and, in more serious cases

—loss of memory and loss of consciousness.

What is the process you go through to see if a player has a concussion?

The protocol for concussion management is different based on the severity, but for most of the concussions we deal with, the first step is to remove the athlete from activity.

The athletic trainer is responsible for the initial testing to determine the severity of the concussion; this may be a series of tests to evaluate memory, balance, reaction time and pupillary response. If these tests are showing that the athlete has sustained a concussion, the next step is to remove the athlete from activity for 24 hours. This includes removing the athlete from class, work and practice.

It is important for the athlete to rest, drink plenty of water and stay away from computer, TV, laptop and cell phone screens during this time.

After the athlete is symptom-free for 24 hours, they can begin their return to play protocol, which includes partial activity, and moves them up into non-contact participation, and eventually full-contact non-restricted participation.

What sports do you see the most concussions in?

How many concussions have Webster student athletes had this year?

So far this year, we have had about 12 concussions.

Are there any precautions in place to prevent concussions?

Currently at Webster, we administer a baseline concussion test called ImPACT. This test gives the medical staff an objective measurement of certain components that can be affected by a concussion such as reaction time, memory and cognition.

When an athlete arrives on campus, they are given the baseline test before they are released to participate, then if they are believed to have suffered a concussion, they must take the test again to see if their scores match up with their original baseline scores.

Education is also a valuable tool to prevent concussions. Athletes are taught to recognize the signs and symptoms of a concussion so that when they do experience symptoms, they can get help from medical professionals. A poorly managed concussion can have lingering symptoms for days, months, or even years.

Where does Webster send the athletes whose concussions are severe enough?

Our team physician, Dr. Wadsworth, is a sports medicine physician who specializes in concussions. When we have an athlete that suffers a concussion, we send their ImPACT test results to Dr. Wadsworth and he decides from there if the athlete needs to come in for further evaluation. 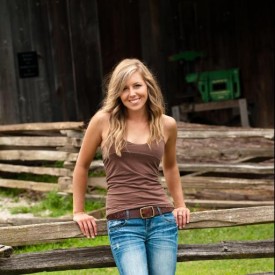