During Webster University senior Erick Lynn’s time in China he made many great memories. One of which was while at Tiananmen Square in China. Lynn’s friend went into the bathroom and got locked inside with seven other people. He had to crawl out the window to escape.

“One of the best parts of my experience was meeting everybody from all over the world,” said Lynn. “We still talk to each other to this day. Just networking and meeting people is cool.”

Webster students who recently studied abroad discussed their experiences to a group of approximately 40 people in the University Center Sunnen Lounge on Monday, Nov. 5. The event was part of Webster University’s International Education Week.

Lynn was intrigued by how different Chinese culture is from American culture.

“I would encourage people to visit China because there’s so much history there,” Lynn said.  “It’s such an old civilization that there’s so much to learn. And it’s such a complete opposite culture of ours.”

At the event, Lynn presented his study abroad experience in China. During the presentation he discussed friends he made, places he visited, and surprisingly how much cheaper everything was. Lynn said he could get 20 dumplings for $2.

He also recalled how nice the facilities were at the campus in China. The campus had its own bars and a maid that cleaned his room every day. Despite all of these amenities, Lynn’s real interest in China came about when he began studying kung fu.  After engulfing himself in the style of kung fu, he decided to learn Chinese. From there, he was given the opportunity to study abroad.

“I just jumped on a plane, there was really no planning to it,” said Lynn.

Webster University senior Martin Dassum decided to study in Geneva to improve his understanding and fluency of the French language.

Dassum said the people in Geneva are used to others coming in and leaving, so they make friends quickly.

Senior Andrea Lopez also discussed the friendliness of the people when she described her time in Leiden.

“The people were great. I think that really made the trip,” said Lopez. “Everyone I met, everyone that came with me. It was just a really good time. We had fun even if we were just hanging around.”

Lopez said she loved the quaint setting of the Leiden campus. In her presentation she discussed the experiences she had with her newly-found friends while traveling to places like Amsterdam, The Netherlands.

“It’s beautiful. If you like a small town setting as opposed to a big city, that’s really the place to go,” said Lopez. “And it’s still close enough to everything.”

The Leiden campus is a small campus with approximately 450 students. Since Leiden is the oldest university town in The Netherlands, it is mainly student populated. The city also has plenty of shops, cafés and places for cultural opportunities for students.

Webster opened its first international campus in Geneva in 1978. The American-style higher education attracted students of all nationalities. Between 1981 and 1999 Webster opened campuses in Vienna, London, Leiden and Thailand.

Webster also offers graduate and undergraduate programs at more than 100 campus locations throughout the United States, Europe and Asia— including Japan, Mexico and China.

Students can spend one semester, a term, a full academic year or a summer term in any of the locations. There are also short-term programs for certain locations that vary each year.

Webster offers an International Distinction Award acknowledged on students’ diplomas and an international studies certificate that can be found on a students’ academic record.  This is intended for students who have studied abroad and qualify in the other required areas for the award or certificate.

“If they find the classes there and they have the money— go for it,” said Dassum. “It’s an opportunity that you probably are never going to have ever in your life. And it’s life changing. You learn a lot and you meet people from all around the world — amazing people.” 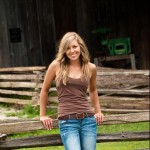