When John Munyarugamba confronted a woman who had tried to harm him during the Rwandan genocide, neither his professors nor fellow students knew what to expect. The woman, caught by surprise in front of  foreigners, denied ever trying to hurt Munyarugamba or any of his relatives. Nevertheless, after Munyarugamba insisted, she admitted her guilt and apologized. After this, Munyarugamba was able to walk away in peace.

As part of the online course HRTS 3080: Advanced Topics in Human Rights: Connecting a cross culture — Rwanda, a group of students and faculty visited the African country this summer. The course, taught by Sarita Cargas and Elizabeth Sausel, was divided into six weeks of online study and  two weeks abroad in Rwanda. Six students went on the trip, facilitated by Lindsey Miller and Andrea Miller.

After a genocide led by Hutu tribesmen resulted in an estimated 200,000 Rwandan deaths, a new system to try citizens for war crimes was put in place by Minister of Justice Tharcisse Karugarama. The new judicial system consisted of training citizens to serve as justices in their communities and try those suspected of genocide. Though some were sentenced to time in prison, most were simply made to confess and apologize for their participation.

Afterward, convicted  individuals were forgiven and reintegrated into communities. This culture of forgiveness and letting go was something the Webster group was able to see when Munyarugamba confronted the woman who had tried to harm him more than a decade ago.

“They just moved on as a society, they can forgive and learn to live together,” senior speech communications and human rights double major Justin Raymundo said.

They visited the capital Kigali, Munyarugamba’s home town of Murambi, and the Island of Nkombo among other places.

When talking about the island visit, Raymundo began tearing up. In Nkombo, most of the population is younger than 13 years old. It was here students witnessed cases of malnutrition, foot disease and a severe shortage of running water.

With a weak economy based on fishing and a negative stigma due to ethnic diversity, the island’s issues consist of many layers, making them more difficult to solve. For example, although UNICEF built a school in Nkombo, the Nkombian people still face educational problems.

“A lot of the aid is controlled by different kinds of religious groups,” Jeffrey Wilhite, junior psychology major, said. “The government gives Catholic, Episcopalian and other religions money.”

Leaving the island was hard for the group, who discussed how the trip changed their perspective on food shortages.

“When we (went) back to our hotel rooms, these people are still going to be hungry,” said Webster graduate Zach Treadway.

“Food is so important to them, they walk miles to get food,” Raymundo said.

Rwanda is still very much present in the minds of those who went. Miller said pictures of the trip remind her of the wide range of emotions she felt during the two weeks.

“I don’t want to look at the pictures, it’s too much,” Miller said.

Though most of the students admit to being sad, enraged and feeling helpless at times, they would do it all again.

When reflecting upon the beauty of Rwanda’s landscape, the students remembered a saying ­— “God travels the world by day but sleeps in Rwanda.” 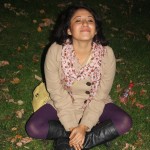