In 2018, St. Louis’ most famous monument – The Gateway Arch – was granted the status of national park, one of many in Missouri but the smallest in the United States, at 91 acres.

The re-classification of the site from a memorial to a park was approved by Congress and signed into law that February, but changes to the park have been underway since long before. In the mid-2000s, the Gateway Arch Park Foundation (formerly CityArchRiver Project) kickstarted a $380-million public-private partnership that worked to connect the city to the park to the river.

Over the years, staff at the Gateway Arch National Park have been further working with their partners in nonprofit, governmental and public organizations to rejuvenate local and national traffic to downtown St. Louis with renovations to the park’s grounds and buildings.

Pam Sanfilippo, chief of Museum Services and Interpretation at Gateway Arch National Park, said the hope is that the new status not only gives St. Louis renewed pride, but also provides more opportunities for national recognition and increased visitation to downtown, both from tourists as well as locals.

“We’re well over 1 million people visiting so far this year, and I think we are on that upward trend where we will see increased numbers next year and in years following. And I think for the community, that will be an economic boom,” Sanfilippo said.

In addition to the recent renaming, revamping the buildings and exhibits is a key part of the effort to improve the relevancy, accessibility and interactivity of the park to engage visitors. The Museum of Westward Expansion was reopened as the Museum at the Gateway Arch in July 2018.

“The museum had not been renovated since it originally opened in 1976, and so it was well past time to redo all of those exhibits,” Sanfilippo said. “One of the things that we were excited about doing was talking more about multiple perspectives, not just, you know, Jefferson’s vision and Lewis and Clark.”

Maria Tsikalas, senior manager of Communications at Gateway Arch Park Foundation, agreed the original museum was out of date and told the story of westward expansion from one view: the settlers.

“But the great thing about the museum now is that it’s all been refreshed; so much of it is interactive and it tells those stories from lots of different perspectives,” Tsikalas said. “One of our reasons why we’re here is to help make [the area] vibrant, help support it and help keep it safe and welcoming for everyone.”

The new exhibits now have accessibility features they previously did not: braille, audio description, closed captioning and mobility accommodations.

The Old Courthouse, currently undergoing new construction, is the latest step in renovations at the grounds intended to expand and broaden the park’s assets. Sanfilippo said it is estimated the work will be completed in 20 to 24 months and will reopen with new exhibits. For the first time, there will be elevator access to the second floor.

Under the $380-million project, which was encouraged and partially financed by the St. Louis community, several changes were made to the infrastructure around the Arch. There was construction of the new entrance to the park that faces the Old Courthouse, restructuring of the highway that went through the grounds to create a mini park over it – connecting the Gateway Arch National Park to downtown – as well as the remodeling of the Museum and Courthouse.

The park now grants visitors easier access to the rest of St. Louis. People can walk from the Arch grounds to and through neighboring landmarks such as Luther Ely Smith Square, the park near the Old Courthouse, Kiener Plaza and Citygarden Sculpture Park. Additionally, the National Park Service Wellness Challenge invites the public to explore what the Gateway Arch National Park has to offer.

“People [can] come out and take walks or hikes around the five miles of paths that we’ve got through the park or participate in some of the different programming that we offer,” Sanfilippo said.

Tsikalas said the goal of the renovations are to make visiting the Arch “a more seamless experience.”

“People from all around the world come to see the Arch, and before, they might never have stepped into downtown St. Louis once they left the Arch because it was sort of physically cut off,” Tsikalas said. “[Now] it really invites visitors to continue to explore St. Louis and to have economic contributions going into the city as well.” 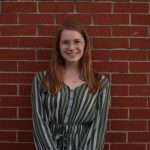