Webster University’s Forensics and Debate Team started 2016 with multiple wins at a competition hosted by John Brown University and the University of Oklahoma.

Among the victors was junior speech communications studies major MacLain Naumann, who qualified for the national tournament at the University of Florida in April in After-Dinner Speaking and Prose Interpretation.

Organization sponsor Scott Jensen said he was proud of his team for their success at a tournament where the teams are not separated by divisions.

“As a small squad, we made a pretty strong impact,” Jensen said.

The 18th annual Gorlok Gala was hosted by the team this past weekend on Webster’s campus. The tournament saw 40 schools from 20 states compete and a number of Webster alumni joined to judge the event. Western Kentucky University took home the sweepstakes award.

“Profound support from our campus community in the form of rooms and judging, as well as countless examples of staff support make it possible for us to run a first-class tournament that is recognized nationally for its excellence,” Jensen said

The Forensics and Debate Team has been on campus since 1993. The team competes regularly in debate, performance and speaking events against other colleges and universities in the midwest. The team meets twice a week as a group on top of individual practices with one of the three coaches.

“I think a lot of people are turned off by the intimidating and academic nature of the name,” Naumann said, “It is academic, but it is also a very creative activity.”

Naumann said these events are an opportunity to talk about things he cares about.

Meng said despite being involved in other groups and activities on campus, the team means a lot a to her. She said she enjoys the time she gets to spend with the coaches, teammates and alumni.

“They want us to perform well,” Meng said. “But at the same time, they value what we want to speak about and help us build a skill, rather than focusing on bringing back a trophy.”

The team is looking for new members. Students do not have to pay out of pocket for travel expenses and they even offer scholarships. If you are interested in joining, you can contact Scott Jensen through email at jensensc@webster.edu.

“We maintain an open door policy,” Jensen said. “We believe strongly in the opportunity to help students grow their own voice. Our program builds a sense of team and our competitive success tends to fall into place naturally.”

The team will next head to Salina, Kan., for a tournament hosted by Kansas Wesleyan University and Cameron University. 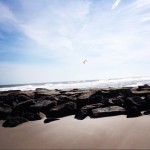