Webster University student David Prader has struggled with addiction, panic attacks and other mental health battles since he was in junior high school.

“I grew up in a home where it wasn’t seen fit to express any emotion other than happiness,” Prader said, “There was no anger, no sadness…nothing but a smile. So when I would get angry, my parents thought I needed anger management. It made me feel like I wasn’t a normal person.”

Prader eventually took refuge in his friends, which led him down a road of bad decisions. He started using drugs and lost a relationship with his family. He was sent to a rehab center in Arkansas where there was no access to the outside world. It was there that he saw a therapist and confronted 18 years of emotions.

“The therapy helped me to realize that I wasn’t an invalid person,” Prader said, “Everyone deals with this. I was just raised in a home that made me feel like I was weird. Now I feel normal and I feel like I can be myself.”

According to the National Alliance on Mental Illness (NAMI), 25 percent of young people ages 18-24 have a diagnosable mental illness, and suicide is the 2nd leading cause of death on college campuses.

In the American College Health Association study from 2011, students reported that depression and anxiety were the number one roadblock in their academic performance.

Webster philosophy professor David Hilditch said there are two main issues he sees on campus.  One of them is anxiety, which he said can make it hard for students to manage stress, engage in class discussion or make presentations in front of the class.

“I tell students that anxiety is normal and that they can learn to manage it,” Hilditch said.  “For example, they usually get immediate relief from distressing mental states by developing the habit of tuning into a neutral bodily stimulus, such as their breathing sensations. But if the problem persists, I recommend getting professional help.”

The other common problem he sees on campus is depression.

“Depression . . . can lead to a downward spiral, where students miss classes and exams, and then engage in lots of negative rumination and self-blame, followed by worsening depression,” Hilditch said.

The Student Counseling and Life Development Center focuses on assisting students, faculty, and staff in all areas of their mental health that might be impeding academic success or other areas of life.

The website provides information about how to handle problems like homesickness, abusive relationships, eating disorders and stress. There is also an assessment available that can help determine what type of illness one might be experiencing based on current feelings.

“It is most important for everyone to consider their mental health similar to physical health,” Counseling/Life Development Director Patrick Stack said. “I do not make a distinction between mental health and physical health. My overall well-being includes intellectual, emotional, social, occupational, physical and spiritual.”

The Student Counseling and Life Development Center is located at 540 Garden Ave. by Garden Park Plaza. Appointments can be made by visiting the center, calling (314)-968-7030, or emailing counselingld@webster.edu. 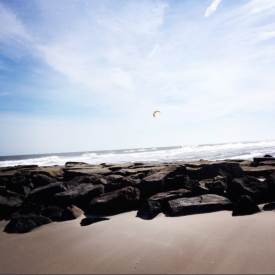