The fall movie season is finally upon us. It is known to many — “many” meaning mostly myself — as “Good Movie Season.” It stretches from the first surprisingly good release in October to the Christmas Day movie that aims to be “edgy” by releasing a gritty, crime film on the same day that your mother gives you underpants. It’s the time of year every film fan looks forward to, when the giant robots hang up their kaiju capes and power down long enough for stories about people who don’t pilot giant robots to take the center stage and grab the “Academy Award for Best Performance by an Organic Non-Robot,” to be noticed.

It’s that last bit that seems to give people the hang-up. It’s the dreaded “Oscar Bait.” “Oscar Bait” refers to films made with the sole intention of winning statues of naked golden men. These movies have no other reason to exist. They are the most prestigious of prestige pictures. It’s a term leveled against any movie that concerns The Holocaust or slavery, and people who don’t see why either of those two things were so bad in the first place. Almost always it is wrongfully leveled.

So let’s get something out of the way: not every movie that tries to be something more than just good, is right and proper “Oscar Bait.” Some filmmakers simply just have no desire to tell stories about iron men and their Scandinavian counterparts. They are better than me. If I was offered the Hulk movie, I’d skip town within the minute, leaving behind my wife, kids and unpaid parking tickets. But people like that do not make “Oscar Bait.”

There are great stories to tell everywhere. If we can make three movies about a baker’s dozen of short people and an old man fighting Benedict Cumberbatch, there are probably a few stories to be found in the darker periods of human history.

When Undercover Brother scribe John Ridley adapted the true story of Solomon Northrop into this year’s harrowing “12 Years a Slave,” he probably wanted to tell that story more than he wanted to win awards, proving Undercover Brother’s many detractors wrong once and for all.

As much as I think “Lincoln” was a dull piece of nonsense with no character development, I’m sure Spielberg actually wanted to tell a story about Lincoln being the best person to ever exist more than he wanted the coveted gilded nudist.

And even if he did, who cares? What does it matter? The potential to win Oscars is the reason a lot of these films are even made. They go from pre-production to your local cinema and don’t even have to have Superman in them to do so. If filmmakers trying to win awards is what gives me movies where people who aren’t Superman do things that aren’t putting Lois Lane in her place, dammit, then I think we could all do well by taking them in. It’ll keep you healthy until Captain America roars back into theaters to wipe out communism or whatever.

Every movie diet needs a healthy amount of prestigous schmaltz. It keeps you healthy and strong, and your mind exquisitely active. It’s good to exercise your heart and your mind just like you exercise the muscle that makes your jaw drop when you watch Iron Man iron men. Even if a film was made solely to win awards, it’s at least teaching you that slavery is bad. And that’s important.

You can find more pieces like this at my blog, chekhovsgunman.wordpress.com 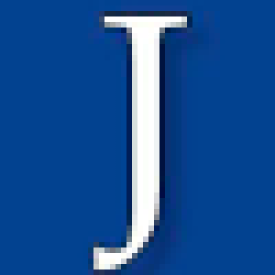