To celebrate America Recycles Day, the student group Webster Students for Environmental Sustainability (WSES) and the recycling program through the facilities operations department held a freecycle event on Thursday, Nov. 15 in the Sunnen Lounge.

From 1 p.m. to 3 p.m., students and faculty members left gently used clothing, DVDs, knick-knacks, electronics and anything else they no longer had use for.  In exchange, they were welcome to take anything left behind by other participants.

Two large tables set up in the middle of the room were cluttered with up-for-grabs items.  An electronic keyboard standing off to the side of the room, was taken shortly after it was brought in.

Another item on the table was an old tree face with two large circular eyes (complete with oversized bark-textured eyelids), a big, rounded nose and a pair of O-shaped lips.  Many looked and laughed at the tree face neatly packed in a Styrofoam container, but Linda Dahlgren, the grants officer for the College of Arts and Sciences, saw an opportunity.

“I really didn’t expect to find anything,” Dahlgren said.  “All through Halloween my kids saw the witches that flew into the trees and ghost faces on trees, and this is our very own tree face. It’s not the kind of thing I would have looked for even five years ago, but I know it will make my kids really happy.  It’s hilarious.  It’s something I never would have bought.”

After the event, Caitlin Zera, the recycling program liaison, took the leftover items to a local Goodwill.

“I’m glad (Dahlgren) took the tree face,” Zera said. “I don’t know what I would have said to the people at Goodwill.”

“It’s exciting just to see things that are on campus and that can stay on campus and that won’t go to the landfill and can keep going through this cycle,” Zera said. “It’s really interesting. Some things are really hard to recycle, like glass plates and cups, glasses – things that you can’t recycle in single stream recycling.  It can be hard to find places that can take those hard-to-recycle items.  It’s awesome to be able to offer that for people, even though it’s just one day.”

Reduce, reuse, repurpose and repair; those are the key components behind recycling.  Freecycle was organized to give people a chance to reuse and repurpose unwanted items in a way that would not be possible if the items had simply been thrown away.

“I can’t say what’s right or wrong for anybody, but I can say that certain things are repeatedly found in the trash that could be recycled,” said Geoff Janovsky, head of the recycling program at Webster.  “We can’t move to reduction until we get to zero waste.  We can’t get to a greater state of sustainability until we recycle everything.  If we have a chance to educate everyone – it’s just little stuff, but it all adds up.” 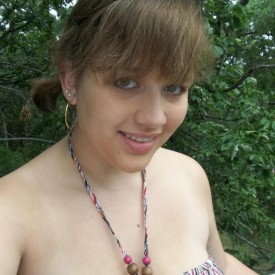