As a kid, I would stay up late and snuggle up on the couch watching “Friends,” against parental guidance of course. At that age, there are a plethora of inappropriate jokes that just fly right over your head but I still laughed along with all of the laugh tracks. There is no denying that there are plenty of scenes on the show that I no longer agree with or even find humor in, but I still feel such a strong feeling of nostalgia anytime I hear those four claps.

I was heartbroken when Netflix released its list of shows and movies that are being removed from the streaming program and “Friends” was on the list. It’s the show I fall asleep watching after a long hard day, the show I can always rely on the make me laugh.

I can’t ignore the downsides of “Friends” and the often politically incorrect or just downright insensitive humor they used. Ross is a mansplainer, Monica is a control freak, Chandler has no backbone, Joey is misogynistic and Rachel is judgmental. Every friend has an issue, but they also all have redeeming qualities. Ross is passionate about something most people aren’t, Chandler always puts his friends first, Monica always has her shit together, Joey helped raise Rachels kid and Rachel grew from a spoiled brat to a self-sustaining woman.

It’s important to recognize when a show is problematic so that trend doesn’t continue. The homophobic, transphobic, racist and sexist jokes are not jokes and they are not funny. “Friends” is like that aunt that thinks she’s woke but would only be considered woke if it were the ‘90s. If it were made now, those jokes wouldn’t be there, but those jokes aren’t what made the show popular. Those jokes aren’t what made fans so dedicated to the show they persuaded Netflix to renew its contract with “Friends” The togetherness of the friends on the show, the bond the friends have with each other is what makes with show multigenerational not the insensitive humor. 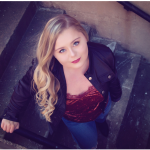