Scott Kilgallon started advocating for a bigger weight room for athletes when he became Webster University’s athletic director four years ago. The fitness center on campus still looks the same as when Kilgallon joined Webster.

“The weight room is ridiculously small,” Kilgallon said. “Hopefully we’ll have an answer for that at some point.”

The university responded to requests in 2013 by replacing equipment nine years old or older. Nine Matrix workout machines and two treadmills were the big ticket items added to the fitness center.

The dimensions stayed the same. Webster’s fitness center is a 60 feet by 31 feet room, 1,860 square feet in total.

The number of athletes attending Webster has not stayed the same over the past decade. In 2009, 192 athletes represented Webster. In 2014, it was 281. Today, over 300 athletes make up Webster’s sports teams.

The fitness center used by Webster athletes doesn’t quite shape up to conference rival MacMurray College. Its weight room and cardio area add up to around 4,475 square feet according to Justin Fuhler, MacMurray College’s athletic director.

Fuhler said MacMurray athletes do not complain about space in the weight room. MacMurray added all new equipment last year.

Webster is not the only school in the Saint Louis Intercollegiate Athletic Conference with space issues for athletes. Greenville College opens its facilities to the community like Webster and has similar space to work with. 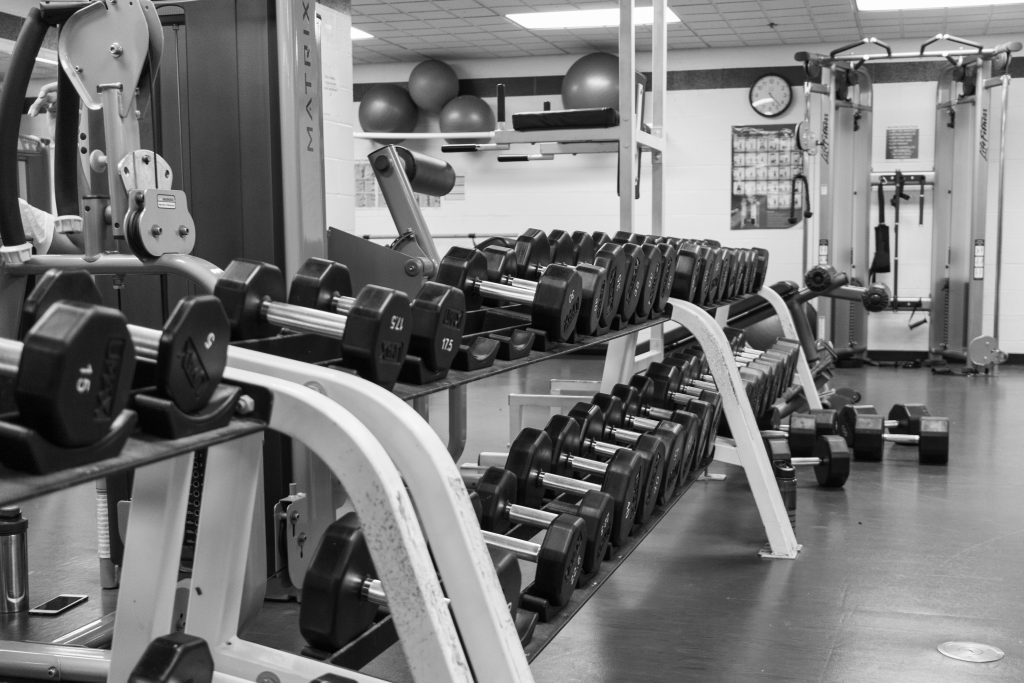 Kilgallon worked as an athletic director for the University of Wisconsin-EAU Claire (UWEC) before coming to Webster. Kilgallon said UWEC winning a national championship in ice hockey had to do with the university adding better facilities.

The fitness center only makes up a small part of Webster’s facilities. The Gorloks baseball team and soccer teams play at professional stadiums, a huge selling point for coaches trying to get top players from around the country.

But for basketball and volleyball, space becomes an issue often when other events are planned in the University Center’s Grant Gymnasium.

“Let’s say I want to get extra shots up,” basketball player Marvin Saintolien said, “I can’t even do that because intramural be in here.”

Saintolien referred to nights when he wanted to come to Webster’s gym to practice. When Webster’s gym was unavailable, Saintolien tried to go to Fontbonne or Washington University.

Saintolien said he relies on teammates to give him a ride since he doesn’t have a car. He suggested a recreational center open to general students and alumni and a different space for athletes only.

Fuhler said all students complain about space more than athletes at Macmurray.

“We looked at adding a different space that would be for athletes only,” Fuhler said.

Saintolien said the fitness center is not uncomfortable with his team but it’s also not comfortable.

The basketball team sometimes has to work out in the fitness center at the same time as other teams. Saintolien said that is when it becomes overcrowded.

Kilgallon attributed part of Webster’s problem to its landlocked campus. The university has limited space to add on campus. That’s why Kilgallon searched for off-campus options.

Kilgallon did not disclose any information on where the school searched for off campus options. He said he will continue to keep his eye out for any options that may become available for Webster in the future.