Colin Kaepernick of the San Francisco 49ers NFL team started kneeling for the national anthem at the start of the 2016 NFL preseason after being under question for previously sitting during the anthem. The media caught wind of Kaepernick’s actions, and soon, other athletes in the NFL and various other sports teams started kneeling. On August 26, 2016, Kaepernick said, “I am not going to stand up to show pride in a flag for a country that oppresses black people and people of color.”

In September of 2017, President Trump said that those who kneel for the national anthem should be fired; however, that sparked national attention and various organizations “took a knee” in solidarity.

Personally, I don’t mind when people kneel for the national anthem. I think people nowadays take offense to it because they think that someone is disrespecting those who served in the armed forces, yet I don’t see it that way at all.

I also think people are not truly getting the meaning of the protest. The original protest during the national anthem was because of police brutality against people of color. Black people are three times more likely to be killed by police than white people, according to Mapping Police Violence. Additionally, 99% of cases against police officers in 2015 have failed in convicting officers accused of a crime.

Now, people think that those who kneel are protesting the actual anthem itself and being unpatriotic. Taking a knee was supposed to be an act of protest against our justice system, not against a song that shouldn’t even be played before every single American sporting event anyway (because let’s be honest, professional teams around the world really only play their national anthems when it is a national team/federation game).

Even The Sharon Herald agrees that “we don’t play it before Broadway plays or concerts. We don’t play it at a lot of gatherings. Even every Washington political event doesn’t play it. It really has nothing to do with sports.”

So when people get up in arms about protesters being “unpatriotic”, they are just wrong. Being patriotic is about being in solidarity with everyone in America, in whatever way that is. Being patriotic is accepting that everyone is entitled to the same rights. America is supposed to stand for equality and freedom. Whatever someone chooses to do during the anthem is their decision alone and everyone should respect that because that’s what America stands for. Whether or not someone else agrees with it is their own problem. I truly respect those who have the guts to take a knee during the anthem. 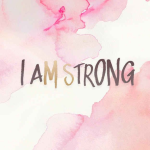