When Webster University freshman Will Berger felt a slight pain in his shins playing basketball, he did not think it was serious. He also did not know that it would cause him to sit out his freshman season.

Berger started feeling pain the beginning of October, and at first it was just a small ache.

“When I felt it start to hurt significantly more, I realized that I had to go to the doctor. I couldn’t handle the pain anymore,” Berger said.

Little did Berger know, he suffered stress fractures in both of his legs on the inner part of his shins, four inches below his knee.

“It was a huge shock to me because I never had an injury like this before,” Berger said. “I wondered how serious a stress fracture even was and if it would affect my Webster career.”

“People told me that I would never make it,” Berger said.  “In fifth grade, I scored two points the whole season, even when my father was the coach of the team. I think that’s what makes it better now, because I proved everyone wrong. I was screamed at every single day by my middle school coach, and at one point, I was told that I would never be good enough to play in high school. I used that as fuel to play the game that I love.”

“I trained in North St. Louis at six o’clock in the morning every single day with Coach Walker,” Berger said. “Or as I called him, Coach Shug. He worked me until I threw up. He taught me the value of work and how to work hard. I will always appreciate that life lesson from him.”

In Berger’s sophomore year of high school, his parents wanted him to quit the game that he loved. After a bad performance at an AAU (Amateur Athletic Union) tournament, his parents did not think basketball was worth it. While it affected Berger emotionally, he said he could not imagine giving up basketball.

“After going to that tournament, I went to Kobe Bryant’s basketball camp the same summer where I, again, was awful,” Berger said. “I averaged five points and two rebounds. I felt defeated because I did not think anyone believed in me at that point, not even my parents.”

Berger went back to Bryant’s camp the following summer, and his statistics increased dramatically.

“I scored 30 points in a loss in the second round of the tournament there,” Berger said. “Kobe pulled me out of the crowd twice to demonstrate shooting drills. He even came to one of my games later on and complimented me on my pull-up jump shot. That was an experience that I will never forget. He gave me the confidence to continue playing.”

Just as things started to look up for Berger his junior year, he faced yet another setback – sickness.

“I got mono[nucleolus] my junior year, which made it pretty difficult to play. I averaged about 10 points per game. About midway through the season, I was forced to sit out for the remainder of the season,” Berger said.

After his junior year, Berger received a notification from Dave Ruckman asking if he wanted help with his skills.

Berger met Ruckman at a McKendree University basketball camp. At the time, Ruckman was a player for McKendree and coached Berger throughout his time at the camp. Berger wrote a letter to Ruckman after the camp thanking Ruckman for working with him. Ruckman framed that letter and hung it in his parents’ home.

“Dave reached out to me again, and we got pretty serious in our drills,” Berger said. “We worked on ball-handling and shooting so that I could be a shooting guard. I was ready to destroy my senior year and show everyone how hard I worked.”

Berger was invited to a basketball camp in Santa Barbara where he met many former NCAA Division I coaches and others associated with NBA teams.

“My team went undefeated at the camp and I earned MVP of the Under-17 group,” Berger said. “I hit the game-winning shot of the championship game.”

Berger received his first Division I offer as a result of the camp.

“I got a call from the University of California Santa Barbara assistant coach Kevin Bramley and he told me if I had a good year my senior year, they would see what they could do for me the following year,” Berger said.

When Berger’s coach forced him to play out of his normal position, the offer disappeared.

“I was super disappointed when I had to play center,” Berger said. “It was one of the toughest things I’ve ever gone through. My chances of playing college basketball were slim. Dave was with me the whole way, though, and I was grateful for him.”

Berger started to lose hope, but when he was invited to a showcase in Chicago that was known for putting athletes into college programs, he played his heart out.

“I checked my recruiting profile on NCSA, Next College Student Athlete, and I saw Webster viewed it,” Berger said. “Soon, six other Division III and NAIA schools did too. Before I knew it, I had six different offers to choose from. I committed to Webster on my way home from William Penn University. Now, here I am at Webster living my dream, even though it won’t be until next year until I’m actually able to play.”

Berger is one of 10 freshmen in Webster’s most recent men’s basketball recruiting class.

He is the only freshmen that is not on the roster due to his injury. He chose to sit out this season to keep his year of eligibility instead of playing only for the end of the season.

To get better, Berger works out at the Shrewsbury Fitness Center almost every day with his trainer, Mike Fitzgerald. Fitzgerald works on ball-handling drills and shooting with Berger, since he is limited in the amount of activities he can do.

“Fitz is really cool,” Berger said. “I love working with him. We get creative in our drills because I can’t run or jump, but he knows how to push me in the right ways so that I constantly improve. He is also great support for me. I can talk to him about anything and I know that he will be there for me when I need someone.”

“Will is such a great kid with so much talent,” Fitzgerald said. “He’s one of the hardest workers that I’ve ever had the pleasure of training. He’s in the gym working almost every single day. His injury is just a little setback, but I know when he gets back to playing that he’s going to be a beast.”

Berger’s father, Mark, also comes to about half of his workouts to be supportive.

“I am happy that Will came to Webster, and I think it’s a really good fit for him,” Mark said. “It hurts that he can’t play this year, but I know he will be his best when he comes back from his injury.”

While he recovers, Berger still supports the men’s basketball team in any way that he can.

“I still come to all of the games and I’m still supportive through everything,” Berger said. “I love my basketball brothers.  I have to put myself second to the team, because in the grand scheme of things, the team is everything. The only thing I can do right now is make sure that I become healthy again. I might not be able to play this season, but I can prepare myself for next year and come back better than ever.” 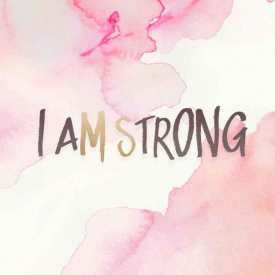