The crowd whispers amongst themselves at the Loretto-Hilton Center as they wait for the event to begin. The lights follow a gentleman who walks on stage.

“I’m not John Stamos,” Dave Coulier said as he approaches the middle of the stage. The crowd begins to clap and the room fills with laughter.

Former Full House actor Dave Coulier, best known for playing the character of Joey, performed his stand-up routine at Webster University April 3. Campus Activities sponsored the event. In addition to jokes, Coulier was interactive with the crowd throughout the entire show and mentioned how bad the weather is in Missouri.

“It was pouring down rain when I flew in and a man who lived here said it’s just mist,” Coulier said. “It’s misting all over me and now I’m drenched.”

Students were given free tickets to attend the comedy show. Approximately 100 seats in The Repertory Theatre were filled. Emily Hurst is a freshman at Webster and loved Coulier’s visit to the campus.

“I loved Full House and it’s cool to see his comedy act live in person,” Hurst said. “My favorite part was when he started playing the harmonica at the end of the show.”

Coulier recently reprised the role of Joey on the sequel series, Fuller House. He is also a voice over actor, author and stand-up comedian. He does comedy shows for colleges, events, casinos and theaters. He originally started touring in 2014. According to celebritytalent.net, booking for Coulier ranges from $25,000-$39,999.

Full House fans remember Coulier’s famous catchphrase on the show, “Cut. It. Out.” He said fans remember it so much that they are still quoting that line to him thirty years later.

During the performance, Coulier pulled out his harmonica at the end of the show and gave the audience a taste of his music skills.

Coulier did not bring his famous puppet from the show, Mr. Woodchuck, with him. That did not stop him from briefly doing an impersonation of his furry friend. “Is this stage made out of wood?” Coulier joked.

Hamza Turnadzic is a student at Webster who was a fan of Coulier on Full House. He grew up watching Coulier on television.

“We all grew up watching a show this man was a big part of,” Turnadzic said. “To see him live doing what he does was a cool experience.” 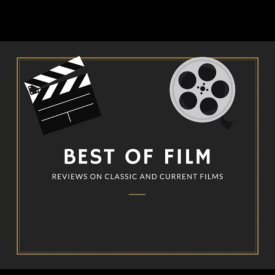