The lights dim while jazz and pop music sweeps the room. The beat wraps itself around each audience member as she walks onto the stage. The light shines on her face and she starts to sing. For Webster alumna Alyssa Hegwood, this is just another day leading up to her dream. Videos of her performance capture the entire experience as if you were there.

Hegwood was initially going to perform a few songs for the Black History Month Jazz Concert at Winifred Moore Auditorium on Monday night; however, the show was cancelled due to inclement weather. She was excited to perform with other musicians around St. Louis during a time so significant for the African-American community. While attending Webster, she was  involved with Delta Phi Epsilon sorority and became the first African-American to become president of the sorority.

“Black History Month is a time to intentionally highlight contributions by black folks,” Hegwood said. “I believe that black history and uplifting black folks is something that should be done 365 days of the year. However, during Black History Month, I love seeing us and our history amplified.”

Hegwood, who goes by her stage name Paige Alyssa, was born and raised in St. Louis and found her passion for music in the church where her mother worked. She started singing at three years old and found a strong liking in performing. She later started playing percussion at nine years old and still continues to play for the church when she has time. Music was something she always connected with because her mother is a minister of music and has played both the organ and piano for over 40 years.

“Music has been a part of my life ever since I could remember,” Hegwood said. “I spent a greater chunk of my life in church, which is where my relationship with music started.”

Since Hegwood was raised in an environment filled with music, she found herself studying at Webster University. She said the professors at Webster helped shape her into the musician she always wanted to be. She graduated in May   2015 with a BA in music and focused on jazz vocal performance. Studying, working and planning her future was  not easy, but it made it less of a challenge because she started to see her dreams come into focus.

“Getting into it wasn’t a challenge because I’ve always loved music,” Hegwood said. “The challenge is staying disciplined and staying focused on my goals pertaining to music.” 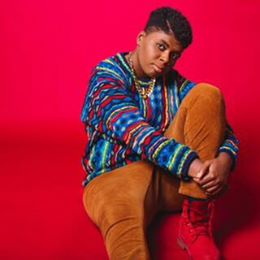 Hegwood writes, sings and produces her own music. Her inspiration comes from jazz and gospel. She released her first album for free on SoundCloud in December 2014. She was recognized by Fox 2 Now in 2015 for her single “Amen” and performed it for the station.

Hegwood created an extended play record (EP) in 2016 called “Songs for Myself,” which reflected on personal experiences she went through during that year.

Hegwood’s publicist and former Webster alum Darren Lewis, recalled the first time he met Hegwood in 2012. They were both orientation leaders for “First Year Experience” programs. He knew she had a lot of confidence and personality from her attire. He understood how committed she was with her music when she created the “Songs for Myself” EP.

“I’ve always known she was serious about her craft, but I think that was the first time I felt everything we were doing was right,” Lewis said. “She allowed herself to be vulnerable in an effort to get back to her true passion, music.”

Hegwood poured her heart and soul into the EP and allowed her fan base to understand the real her. Lewis knew from that point forward that Hegwood would make something of herself.

“She took it one step further and decided to share all that was hurting her with her fan base,” Lewis said. “From that moment, I knew the level of commitment was real and my job would be so much better because the level of investment she brought to the table.”

Lewis was impressed with the material Hegwood created for the world. He said her music has a progressive sound, and she has found a way to bring together her inspirations and make them her own. He could hear a lot of her influences in the productions and harmonies.

“As an artist, it’s hard to cross the different dynamics of sound each era produced, but Alyssa finds a way to connect the dots without taking away the true integrity of the music,” Lewis said. “In today’s pop music, you see a lot of artist attempt to cross genres and blend their favorite influences, but a lot of times it comes across as cheesy, and it’s not well executed.”

Hegwood is slowly getting closer to her dream of being a performer. She will continue to perform around St. Louis and release new music until she can be signed to a major record label. She recently published her latest single “The Plug” and music video “Worth It”.

“The goal is for my music to become mainstream and my plan for that is to continue to continue releasing great music and perform as much as I can, so I can move out of St. Louis,” Hegwood said. “I love everything about music. It’s the reason why I’m alive; it’s the passion that drives every decision in my life.” 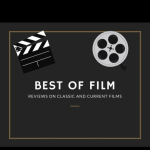