Ninety-nine percent of American women who have had sex have used some form of birth control, according to a Guttmacher Institute 2011 Report. So why is birth control so hard for women to get their hands on? It’s not affordable or accessible to most young women. Oral contraceptives need to be made available over-the-counter so all women ­— no matter their age, race, or class — can discretely purchase effective birth control.

Making birth control pills more widely available will drastically decrease the amount of teen pregnancies. While teen pregnancy and birth rates in America have been dropping consistently since the 1990s, our rates are still higher than those in other countries. American teen birth rates are more than twice as high as teens in Australia, Ireland and several other Western European countries, according to a 2009 UNECE Statistical Database and UN Demographic Yearbook. And why? Because most American teenagers don’t use the most effective forms of birth control.

According to data from the Youth Risk Behavior Survey in 2011, 60 percent of sexually active teens reported using a condom the last time they had sex, and only 18 percent reported using birth control pills. Condoms, while easily accessible and usually affordable, are not the most effective way to prevent pregnancy. Planned Parenthood’s website says that condoms are anywhere from 82-98 percent effective. Birth control pills, however, are consistently listed as 98-99 percent effective when used correctly. No matter what sources you go to, birth control pills are always recognized as being one of the most effective birth control methods. For some strange reason, though, oral contraceptives are much less accessible than condoms.

Getting access to condoms is relatively easy. They’re sold at gas stations, pharmacies and grocery stores. Many places, such as health departments or school nurses, will give them out for free. But oral contraceptives require a prescription, which is more difficult to obtain. First you must see a doctor and get a prescription, then go to a pharmacy to have it filled, then come back to pick it up. The largest amount of pill packs you can get at a time is three. It’s a difficulty that could deter many teenage girls from seeking out the birth control they truly need.

And what about all the women who can’t afford to see a doctor? Although there are services like Planned Parenthood, some women may view that as embarrassing and are too proud to accept the help. It’s much easier to just go and pick up a pack of pills from the grocery store than make an appointment at a family planning center. Making birth control pills available over-the-counter could potentially spare women embarrassment.

Privacy is a huge issue for teen girls, and having the pill available over-the-counter will give them the anonymity they need. Most teenage girls are trying to hide the fact that they are sexually active — and trying to get a prescription for birth control is something that isn’t easy to hide from a watchful parent. A large amount of young women and adolescents are still on their parents’ health insurance. This means girls have to choose between paying full price for a doctor visit and prescription or getting expenses reduced through their parents’ coverage. Being able to just walk into a Walgreen’s and buy birth control pills the same way you would buy Advil will give girls a certain level of anonymity. And being able to keep their birth control purchases more private could encourage even more teenage girls to use it.

China, India and 33 other countries legally allow access to oral contraceptives over-the-counter. And even more countries have the pill available over-the-counter to women after they have had a screening, according to a survey done by Dr. Daniel Grossman, of Ibis Reproductive Health in Oakland, Calif., and his colleagues. Once again, the United States is behind the times — but hopefully not for long.

In November 2012, the American College of Obstetricians and Gynecologists released a statement endorsing the idea of over-the-counter access to oral contraceptives. It is my greatest hope that the rest of America will get on board with this idea. It’s time to make the pill more accessible for all women. 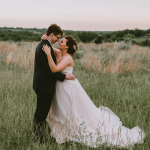