When I first walked into the voting booth, I didn’t intend on voting for anyone in the presidential race. Gov. Mitt Romney said 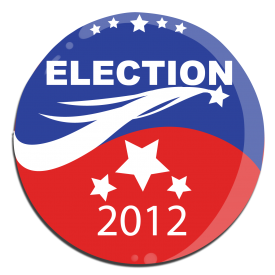 some crazy things during the primary. President Barack Obama’s empty promises left me wondering if he could really live up to his word.  And Libertarian Gary Johnson and Constitutionalist Virgil Goody simply terrified and somewhat amused me with their policy ideas.
Driving to the voting station, the thought of only voting for the races and ballot issues I cared about crossed my mind. I decided weeks ago I would not declare a candidate for many of the races — including the presidency.
After taking my paper ballot, which indignantly reminded me of a standardized test, I skipped the first questions and filled out all the propositions and local races. I then began staring at the names in the presidential section.
I figured as long as I was there, I might as well vote for a presidential candidate. Minutes began to pass by. I started becoming disgusted with myself for becoming one of those undecided voters. As a citizen devoted to my civic duty, my conscience told me to vote for someone. So I wrote in Republican Jon Huntsman.
During the Republican primaries, Huntsman seemed like the only reasonable guy in the room. As a former employee of the Obama administration, he oversaw all consulate operations and diplomatic missions in China as the U.S. ambassador to that country. Despite his fiscal conservatism and disdain for most of Obama’s policies, his secular ideology and admittance of the existence of human-caused climate change turned off an evangelical Republican electorate, forcing him to end his bid for the presidency.
At first glance, it makes no sense why anybody should vote for a dropout candidate without a chance of winning. Even if millions of Missourians wrote in his name, he would not be eligible to win any electoral votes because he didn’t petition to be eligible as a write-in candidate.
Even though Huntsman didn’t have a chance at winning, voting for the lesser of two evils is not as appealing as voting for someone worth being enthusiastic about. Huntsman had the potential to be the rare exception in politics. He had enough guts not to pander to the extreme elements of his party during primary season. Moreover, he was a moderate Republican with a good chance at beating Obama in a general election.
The second I left the high school where I voted, I panicked. Did I make the right choice writing in Jon Huntsman? Should I have voted with my liberal-leaning gut instinct and picked Obama? Writing in ‘Chuck Norris’ would have been a lot of fun to take a picture of. Should I have done that? The questions floating around in my head ended up being negated by the relief of a simple thought. That simple thought was the recognition that I voted in accordance with my values over voting for someone I wasn’t very excited about.
I did think about voting for Obama just to be on the side of the winner again, but then I feel like I would have to internally and mentally defend my vote to myself every time he did something I disagreed with.
I ended up feeling a lot better about myself after voting for someone I truly wanted to win the presidency as opposed to Mickey Mouse or Optimus Prime. Besides, if I had been one of those voters, I would’ve made the  mistake of illegally taking a picture of my ballot and practicing self-incrimination by boastfully posting it on Facebook.