Webster Hall is a five-floor building including the ground level.  Students who have classes there choose to take the many stairs for exercise. Other students are dedicated riders to the elevator that sometimes stalls, and drops.

Junior history major, Olivia Marks is one of the many dedicated riders.  You may think that this rider would have stopped after her first encounter.

“I was the only one in the elevator which made it more scary. I was going up to the fourth floor, and as I was passing the first floor, it got stuck between floors one and two.  It was only for a few moments but it felt like an eternity.  It was just really freaky and I was scared out of my mind.” Said Marks.

Junior Biology Major Genesis Harsley said that it has dropped plenty of times on her, but she still takes it to class.

Students aren’t the only ones who experience problems on the elevator. Webster University International Languages & Cultures teacher Tamara Rodney has too.

“I was going up to the fourth floor from the basement and the elevator almost kind of paused in between the third and fourth floor.  I thought I was going to get stuck.  It was one of those weeks where it had been out of order for a number of days.  I ended up pressing three (on the elevator control buttons) and getting off at three, and walking up to floor because I was afraid, I was going to get stuck.” Said Rodney.

Why still ride it?

In life when problems occur, people look for solutions to prevent it from happening.  That’s not the case with the Webster Hall elevator and its dedicated riders.

“I just don’t have the energy to walk all they way up to the fourth floor with all those stairs.  It would just kill me. “ Said Marks.

Harsley admits that she continues to ride because “she’s just lazy, and sometimes in a rush.”

Students suggested that the old elevator be replaced a couple of years ago in a student agenda.  The Student agenda had it high on their list; and the leadership of the University decided that it did need a new elevator.

Senior Project Manager Steve Strang has a list of reasons why the old elevator needs to be replaced.  They are…

2.     The elevator is operating under a state waiver; it needs additional inspections every year.

3.     The elevator is not Americans with Disabilities Act Complaint (ADA) ’- it’s not big enough for someone with a wheel chair to get in it.  If their handicap, they might not be able to work the controls.

4.     To get better access to the building, and provide ADA Compliance

Goodbye elevator hello to the new

Construction for the new elevator for Webster Hall, will begin May 14th, and is expected to be complete by the end of October.  It will be placed in the back corner of Webster Hall.

The new courtyard will be surrounded around the tree that’s as old as Webster Hall.  Lewisites Landscape Architecture will design the courtyard landscape. It will have

The new elevator site is a start to Webster University master plan.  The exact cost of the construction could not be given.  Strang did say that it was “a good chunk of change.” 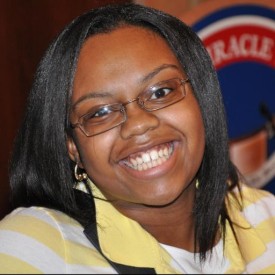 VetSuccess on Campus offers help to veterans across Missouri