Stretching dancers filled the Community Music School’s (CMS) lobby as they waited to audition for the 2012 season of the Muny’s dance chorus. Some dancers traveled across the country to audition, while auditioning Webster students only needed to travel just down the street.

Scott James Smith, a junior musical theatre major in Webster’s Conservatory, said being familiar with his surroundings made him feel less nervous before auditioning.

“It’s really exciting that (the Muny auditions) they’re on campus this year,” Smith said. “It gives me a greater sense of ease and comfort. I know the spaces, and I know where I am.”

The auditions were held Feb. 4 and 5 at the CMS. This was the first event Webster and the Muny have done together since their partnership began.

This was the first time the Muny held their auditions at Webster. Larry Pry, the Muny’s assistant marketing director, said auditions are usually held at St. Louis University high school.

“Now that we have a partnership with Webster, we are trying to see if auditions will work here,” Pry said. “The facilities are amazing so we are very excited.”

After registering for auditions that morning, the men waited as they were called in groups to learn the first dance combination. After learning the combination, the dancers were taken to audition in the Loretto-Hilton dance studios. Muny personnel told them to have sheet music prepared in case they were asked to sing. Dancers were cut after each performance. Any dancers who made it past the first round of auditions were asked to perform a second dance combination, which was followed by a final number.

“They walk us through the dance combinations,” Lincoln Ward, senior musical theatre major, said. “Sometimes they show us and sometimes they don’t. From large groups they break us down smaller and smaller, and eliminate as they go.”

Pry said due to the tough audition process, there are normally fewer dancers at the dance auditions than there are singers at the singer auditions.

While the auditions were primarily for the Muny dance ensemble and chorus, Pry said there is always a chance to find a lead character in the crowd.

“If we see somebody and we like the way they look or the way they dance, we will have them sing for us,” Pry said. “If they’re amazing, we will pull them from the side and then have them read something for us from one of the shows. So you could be the next Broadway star from this audition and you’ll never know.”

Pry said just from looking at the dancers in the CMS lobby, he recognized people from Michigan; Cincinnati, Ohio; New York and Chicago, Ill.

“Being at the Muny is huge on your resume,” Pry said. “When you get to New York and they see that you have worked at the Muny, they know you know how to work hard and fast. So people try to get here at this audition.”

Dancers who made it past the first day of auditions, were called back Sunday, Feb. 5.  The executive producer, the choreographers and the Muny’s musical director heard the dancers sing, saw them dance again and continued to make more cuts.

“It is up in the air right now as to how many people the directors want in the show,” Pry said.

Performers will be notified in a couple weeks whether they have been casted. Auditions for the Muny singing chorus will be held in the CMS this weekend, Saturday, Feb. 11, and Sunday, Feb. 12. 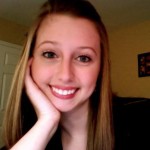