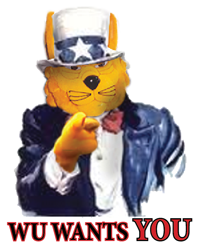 “If I can just get a kid on campus, the campus kind of sells itself,” said Michael Siener, men’s and women’s tennis coach. “Very rarely have kids come on campus and don’t like it. Webster University has a lot to offer.”

Webster coaches have their own individual ways of finding talent across the country, whether it’s sending referral letters to high schools and junior colleges or attending combines and showcases. The key is to find talented student athletes and let them know a Division III school in St. Louis is interested in them.

Coaches hope these talented athletes will choose Webster to help develop a growing athletic department with 45 conference championships in its 21-year history. Webster is second to Principia College’s 54 conference titles.

“The girls and guys from out-of-state would have never heard of Webster if we didn’t send them a letter,” Siener said.

Siener sends letters to high schools, while Eaton focuses on the junior colleges.

“I try to have relationships with the junior colleges,” Eaton said. “I’ve been talking to them a lot, and that’s how I get them to recommend certain girls to me.”

The high school and junior college coaches review the letters and send back information on student athletes who are interested.

“The coaches send their referrals back, and we create this big recruiting pool,” Siener said. “You’ll end up having to make a ton of calls.”

“They had (a combine) in St. Louis this year, but the one I’ve really hit is the California one as well as the one in Las Vegas,” Belsky said. “It’s easy for me to go and see 100 potential student-athletes and evaluate who I want from there.”

Kurich is from Chicago, so he attends several showcases because of the amount of contacts he has. The showcases in Chicago are much larger than the ones in St. Louis, so they allow Kurich to evaluate numerous players at once as well as see skill sets that can’t be seen in a game.

“As you go to Chicago you may get kids that have spilled out from Wisconsin, Indiana or Iowa to come to a specific event because they know there’s going to be 30 or 40 college coaches there,” Kurich said. “Kids find us more than we’re going out to Colorado or going into Iowa. For us it’s about understanding what type of player we need to be successful at the national level.”

The numbers show Webster coaches tend to recruit in the Midwest, West and other areas that have a low number of Division III schools.

“I think our coaches do a good job of targeting areas under represented by Division III,” Director of Athletics Tom Hart said. “There are places you can go where the students don’t have to get away from home to play Division III athletics, but many of them are going to have to travel a distance to do that. We try to find students within those areas.”

Sometimes it’s the students who recruit themselves. Freshman golfer Matt Vanderbeek of Fallon, Nev. and sophomore basketball player Hollis Edwards of Nashville, Tenn. set up recruiting profiles on different websites to help them get recruited.

“I put videos up and my information,” Edwards said. “The company of the website sends the information to like 100 different schools that fit your style. They sent it to Webster University, and the coach liked me. I sent him an email telling him I was interested in coming.”

It can take coaches several emails and phone calls to get a recruit to visit campus, but Siener said it becomes easier to recruit the potential student athletes once they’re on campus

Depending on the sport, different aspects can be presented to a recruit. For baseball and golf, they play at top-of-the-line facilities in GCS Ballpark and Sunset Country Club. The success of the programs is also a main selling point.

“You’re going to come to a team that will most likely be competitive for a conference championship and go on and play in NCAA postseason competition,” Hart said.

Recruits will likely see a significant amount of playing time at Webster as well, in comparison to other schools.

“One of the big (selling points) is they can play,” Belsky said. “Many of them, if they’ve had any offers at all, can go try to walk on here or there. I’m offering them a spot on my team.”

Kurich recruits players to replace those who will or have graduated, so he uses playing time as an incentive to come to Webster.

“A lot of the guys we’re recruiting are turning down scholarship offers from a Division II and sometimes even Division I schools with the opportunity to come here and play a little bit sooner,” Kurich said. “We’ve done a fair share of recruiting transfers as well. A lot of kids we got that are Division I or Division II transfers have gone to a bigger school and have not gotten the playing time maybe they’ve wanted.”

Another main selling point to recruits is Webster’s academic prestige.

“We graduate students typically at a rate about 10 percent above the normal population of this campus,” Hart said. “Parents and students alike understand we are committed in helping you graduate.”

The recruits must also like the coaches they could potentially play for. Aside from selling the school and their teams, the coaches have to sell themselves as well.

“When mom and dad are going to send their kid all the way across the country they have to know there’s somebody there to watch out for their kid,” Belsky said. “I have to be there making sure they know who I am and they can trust me as well.”

Academic prestige, the campus, playing time, athletic success and relationship with the coaches are all aspects of Webster that help recruits become Gorloks.

“I think it’s the total package,” Siener said. “It is all small pieces to a big pie of a reason why they’re here.”

Recruiting locally may be more difficult than recruiting out-of-state. Webster is not able to offer athletic scholarships, but other schools in the area can and do.

“When they get a call from Webster and you’re not one of the athletic scholarship schools, then maybe they’re not so excited,” Siener said. “In the 10 years I’ve been doing it, I get more kids who are excited and interested who are not from St. Louis rather than vice versa.”

The competition of other local universities to recruit St. Louis area student athletes has increased Webster’s involvement in recruiting out-of-state. The increase in out-of-state student athletes won’t immediately bump Webster up to a nationally contending program, but it could over time.

“It does help us develop an infrastructure when there’s an outstanding student from Nevada who wants to come,” Hart said. “We have a way and an approach of attracting and recruiting them so they’ll be able to connect and feel wanted. Those athletes are going to help elevate programs to the next level and be able to move on in the NCAA championships as opposed to just attend them.”

To see recruitment from the athletes’ perspectives, click here.