The bonuses and compensation of the top 10 members of Webster’s administration are documented in the 990 tax forms. The 990 covers tax information Webster is required to submit as a non-profit from June 1, 2014 to May 31, 2015.

Stroble received a $10,705 raise to her base salary, totaling $328,636. She also received $85,000 in bonuses and incentive compensations, $10,000 more than her CY13 total of $75,000. Incentive compensation is used to keep administrators and key employees from leaving Webster for other institutions. It is also called at risk compensation.

“The president’s and provost’s performances are considered on a range of academic and operational objectives of strategic importance in the short and long term. The available salary increase pool and performance awards vary by year. Performance awards sometimes increase over the past year’s award and sometimes decrease.”

Some international campuses posted losses in FY14, but Webster says it is all with larger returns in mind. Click here to read more.

Schuster also received a larger bonus and a raise in CY14, as opposed to the previous year. He received a $7,163 raise, boosting his salary to $262,513. His bonus and incentive compensation totaled $50,000, $5,000 more than he received in CY13. Stroble received a roughly 3.3 percent raise, while Schuster received 2.7 percent raise.

According to a survey released in March 2015 by the College and University Professional Association for Human Resources, the median base salary of officials at private institutions in 2014-15 rose by 2.3 percent, putting Stroble CY14 salary a full point ahead of the median.

Bonuses and incentive compensation are dictated by Webster’s board of trustees based on performance and awarded annually at the board’s annual spring meeting. The board approves the salary pool available for increases for all employees as part of the approved budget for the fiscal year, according to a university statement.

“The president’s and provost’s performances are considered on a range of academic and operational objectives of strategic importance in the short and long term,” the university statement read. “The available salary increase pool and performance awards vary by year. Performance awards sometimes increase over the past year’s award and sometimes decrease.”

All-in-all, Webster dispersed $172,520 in bonuses and incentive compensation in 2014, $22,480 less than in 2013. FY14-15 marked the third year in a row of financial shortfalls for the university. In November 2015, The Journal reported that the proposed saving plans to offset the $12.2 million shortfall included:

Reevaluating and restructuring extended campuses to make them more financially viable.
Looking at long-term changes as opposed to balancing this year’s budget.
All units within the university will be expected to finish the year on funds already received.
Faculty raises

IN CONTEXT: National Median is taken from a study by the College and University Professional Association for Human Resources. Data for Greg Gunderson, Ken Freeman and Laura Rein were not provided due to being unable to properly calculate raises. Gunderson and Rein changed positions mid-year. The FY13 990 was the first compensation reported for Freeman.

“When people at the top succeed it is often because of many people in the organization working very hard.”

Faculty Senate President Gwyneth Williams said bonuses and raises should not always go to those at the top.

“As a matter of principle I dislike bonuses going to top employees,” Williams said. “When people at the top succeed it is often because of many people in the organization working very hard.”

Williams said it would be good practice to spread the money within Webster. Faculty received a 3 percent raise in in FY14, surpassing the national median raise for faculty of 2.7 percent

“If all of your people are well paid it creates incentive for loyalty and hard work,” Williams said. 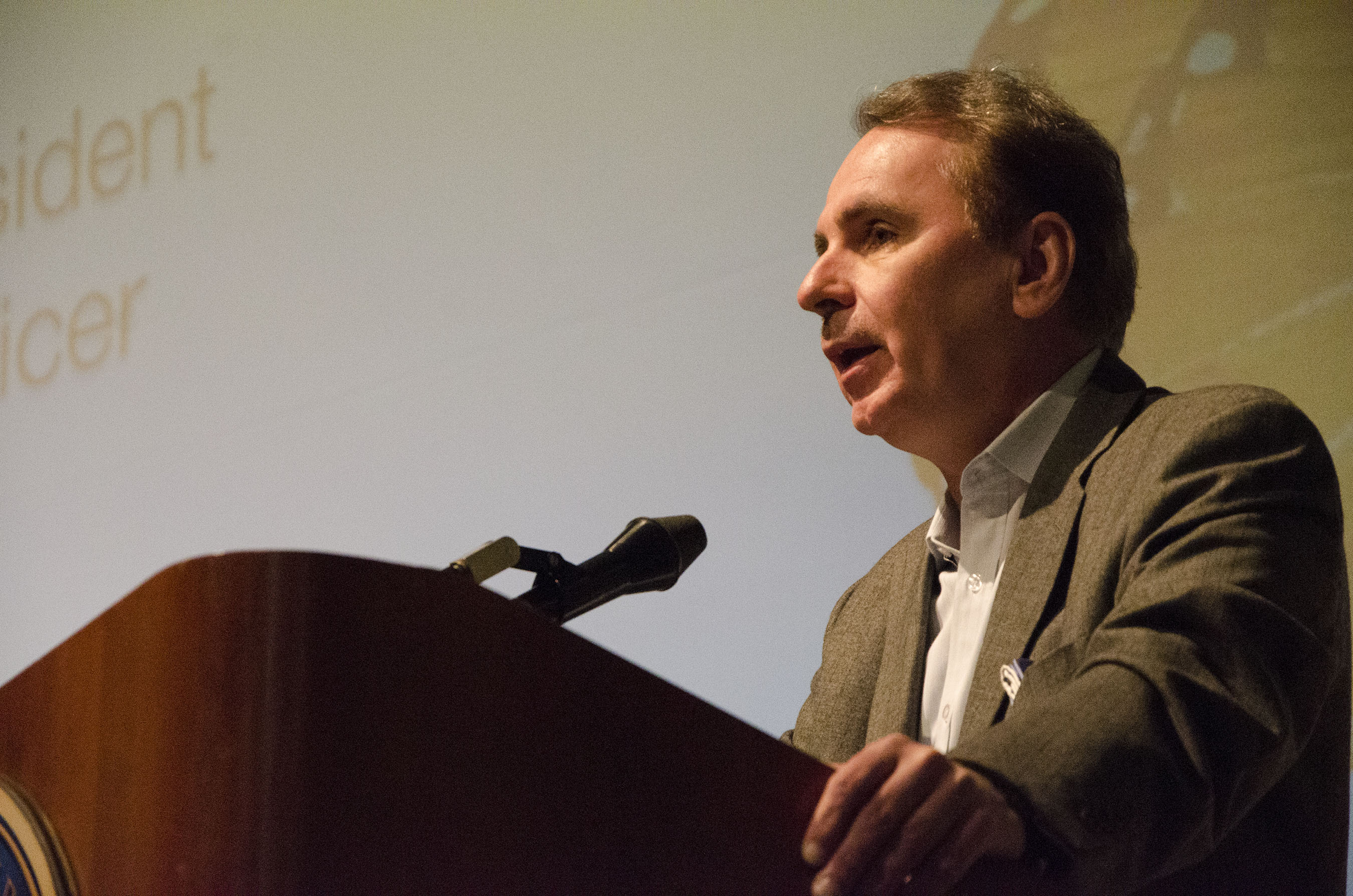 Former Webster Chief Financial Officer Greg Gunderson received a raise of $12,696 in 2014-2015, raising his base compensation to $199,121. Gunderson left the university in January 2016 after being hired as Park University’s president. He did not receive a bonus from Webster in 2014-2015.

Benjamin Akande, former dean of the George Herbert Walker School of Business, received a $3,095 bonus in 2014-2015. His base compensation rose to $225,101 and did not receive a bonus. Akande left Webster after he was hired as Westminster College’s president in May 2015.