In the world of dating, many people only want a hookup. Some teens and young adults don’t want love or romance – just sex, sexual action or nude images.

“Hookup culture is ingrained into social media,” Marissa Barbarotta, freshman Webster student, said. “I believe social media caused it because of the popularization of dating apps, pornography and social norms.”

Most humans are sexual beings, but it’s completely degrading to think that sometimes that’s all people want from others. It’s twisted to think that people use other people just for pleasure.

Sexual attraction is completely normal, especially for teenagers and young adults. If both parties consent to a hookup, no strings attached, that can be a positive thing. What shouldn’t be normalized is using someone for sex when that is not what they want. It is immoral when the pure motive of getting to know someone is just for sex or other sexual activity.

“Hookups are just sex without emotions,” Spencer Hall, freshman Webster student, said. “It’s very sad to see most people wanting a hookup instead of giving all of themselves to one another.”

In the modern age of dating, casual sex is normalized. Some teenagers and young adults don’t just desire some form of action during the first hang out, they sometimes expect it. Horniness overpowers connection in this generation. Society has normalized hooking up and desensitized sex through overexposure in TV shows, movies and pornography.

Social media is used as a way to get to know one another; however, the topic of sex and sexual past is brought up too soon in many cases. Snapchat, one of the most popular social media platforms, is notorious for  explicit conversations and images. One of the most frequently asked questions when talking to someone new is whether or not you are a virgin.

“Hookup culture has ruined the perception of romance,” Barbarotta said. “People see it in movies, in social media, and think that is how it should be, but in reality, it is not.”

Honesty, boundary-setting and clear communication are necessary for consensual sexual activity. If intentions are purely sexual, communicate what you want and don’t want from the beginning. Withholding that information will only cause future conflict and pain for the other person.

“I think it’s easier for most people to socially not get attached,” Hall said. “People are afraid of romance and commitment. It makes it easier to not have that if you’re just hooking up for one or two nights or being friends with benefits.”

This world is full of lust; with that, love is more challenging to seek out. Easy access to sexual exploitation alters perception of what sex should be. Ideas like hookup culture are damaging to intimacy and connection. This societal concept is utterly degrading, especially when it’s the only thing that many people want.

Respect is urgently needed in this world full of libido. Being objectified and viewed as an outlet for pleasure is horrid. People are more than their bodies. 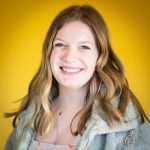