Imagine your hometown turning into a warzone, having to leave and losing friends and family along the way. For many Bosnians in St. Louis, these events still deeply affect their mental wellbeing.

At the sound of gunshots filling the night air, Bosnian Alisa Halak immediately, involuntarily drops to the floor. She doesn’t even realize she’s done this until she notices her family, unfazed, looking at her strangely.

“It was my body’s instinct. This is what we did when there were grenades above us, as a child,” Halak said. “This is what I was forced to do.”

Halak was visiting Bosnia decades after the Bosnian Civil War. The gunshots came from Serbs celebrating a holiday. Halak’s knee-jerk reaction was the result of her trauma from the war.

The Bosnian Civil War in the ‘90s forced tens of thousands of Bosnians to migrate to America. Thirty years later, Bosnians in St. Louis and across the world still struggle with trauma and post-traumatic stress disorder (PTSD) from the atrocities they experienced.

Halak grew up in Bosnia during the war, arriving in America when she was 5 years old. At this age, Halak should have been able to remember the events of the war. Instead, she suppressed almost everything from her memory.

The president of the Bosnian American Genocide Institute, Ida Sefer, said this is common in PTSD and trauma victims.

“Your brain literally is telling you stop, stop trying to process this right now,” Sefer said. “You need to focus on survival.”

Halak suffered from night terrors until she was 12 years old. She dreamt of guns going off while soldiers chased her. Halak would scream and physically voice what was happening in her dreams, waking her mother and sister.

“I would wake up and be confused as to why I was being woken up,” Halak said. “I didn’t have any recollection of me doing any of that.”

Sefer is another survivor of the Bosnian Civil War who now lives in Chicago. She still experiences PTSD and trauma from the war.

Sefer was 7 years old when her family left the Balkan area and made their way to the United States.

On this journey, she boarded a train with her mother and younger sister while trying to meet up with her father. It was the middle of the night when Serbian nationalists pulled Sefer’s mother off the train. They had reached the border of Macedonia.

“I can’t tell you how much fear I have anytime I’m at a border of anything,” Sefer said.

Recent protests in the U.S. during the summer of 2020 led to a curfew in Chicago that alarmed Sefer.

“My first immediate thought was just like, ‘…Go pack your backpacks,’” Sefer said. “You grab your paperwork, your passport, things that prove who you are.”

This type of reaction is very common for Bosnians after the war. Most of them keep an “emergency bag” containing passports and other important identifying papers. Sefer’s bag consists of a change of clothes, her passport and “things that prove who you are.”

“I don’t know if all Bosnians do this, but all the Bosnians I know do it,” Sefer said.

Halak finds it surprising how few Americans have passports.

“It could be my war mentality, but the people who had passports in the war were the first to get out,” Halak said. “Nobody’s going to accept you if you don’t have a passport.”

Halak’s children have both had passports since they were 5 months old. This preparedness comes from the way most families were forced to leave Bosnia during the war. The nationalist Serbs gave them 15 minutes or less to grab their belongings and leave their home – and their country.

Common items they took were passports, photo albums and a change of clothes. One of the things Sefer’s father grabbed was her favorite doll. The plastic, long-haired doll is now touring with the Illinois Holocaust Museum. It’s attached to a white canvas with the phrase “I was seven” written beside it.

“Nighttime is my worst time,” Halak said. “I’ve got this crazy fear of the night.”

She traces this fear back to the war in Bosnia. Halak and her family hid in a makeshift hold in her grandfather’s backyard when grenades went off.

There was no electricity, so it was pitch black.

“It led me to have this overwhelming feeling that I was constantly not safe, that somebody was always out to get me,” Halak said. “It created this really weird thing where I didn’t even want to be social.”

It took a lot for Halak to seek the mental health treatment she needed because the subject is taboo in the Bosnian community.

“They’re not as understanding of mental illnesses,” Halak said. “And so, anxiety and panic attacks like that’s not a thing for them. They don’t believe in medicating for that.”

“They” mostly means the older generation of Bosnians – the people who were adults or parents when they left Bosnia.

“You can help people manage their symptoms, but the pain of losing eight out of 10 of your family members … no amount of therapy is going to take that away,” Baigi said.

Many of her patients aren’t able to hold full-time jobs due to these symptoms.

Baigi agrees that there is a level of distrust of therapists, saying it’s “very typical” to see this with trauma survivors. However, she hasn’t experienced this distrust personally because she is Bosnian.

“I do hear my clients say, ‘You know, I can tell you these things, but I can’t tell this to someone who’s not from my culture,’” Baigi said.

This distrust of therapy and mental health blocks many Bosnian adults and their children from getting the help they need, whether they experienced the war firsthand or secondhand.

In Sefer’s opinion, the most important thing to understand about trauma from the war is that it’s transgenerational.

This means that effects of the trauma are passed down to future generations through genetics and oral storytelling.

“Mother Nature is brilliant because what she’s trying to do is protect all of us,” Sefer said. “She kicked off certain possibilities of genes that would potentially make you more anxious.”

Sefer means that when things go sideways, people who have anxiety from transgenerational trauma will be more prepared for the unexpected.

This can also cause fear for their safety in everyday life, according to Halak.

“I’ll come up with the idea that we should go down to Central West End for lunch,” Halak said. “By the time we’re done getting ready, I’ve already come up with 14 reasons why we shouldn’t go.”

“I can’t go 24 hours without texting my dad where I am, or he’s gonna kill me,” Muratovic said.

Ironically, she said her parents are much less strict when they’re actually in Bosnia, even though that’s where the atrocities of the war took place.

This is true for most Bosnians Muratovic knows.

“I guess it’s that whole sense of belonging,” Muratovic said. “You never really lose it just because something [traumatic] happened.”

Community involvement and community mourning is important to heal trauma from the war, according to Sefer.

This is difficult when their home is now populated by the very people who committed genocide against them 30 years ago.

“We’re trying to get to where it actually feels safe to be able to come to your hometown and not have the man who tortured your father still work in the police station,” Sefer said.

Though St. Louis isn’t considered “home” to a lot of Bosnians, they still built a strong community here that helps them heal.

“Everyone had that hole in their heart where they needed to feel something,” Muratovic said. “Honestly, the thing that we filled was each other.”

“We remember to take pride in our culture by doing the things that the Serbs try to eliminate,” Halak said.

Halak worked through a lot of her trauma by reading. Books gave her an escape. She now works for Scholastic, with much of her work trying to get books into the hands of other immigrant kids. Halak personally found the most healing by reading about the Holocaust.

“I found out that there were people just like me, targeted for the same reasons,” Halak said, “and realized that this is going to happen again if we let this history go away.” 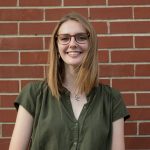