Webster athletes like Darieana Hunter were training for the winter season when the start date was postponed. Now, all they can do is continue to train and hope to find a cost-effective way to stay safe before Jan. 1.

Senior basketball player Darieana Hunter misses the squeak of her sneakers against the court and the ball hitting against the backboard before it sinks into the net. Hunter remembers her favorite part: scanning the crowd of cheering fans and spotting her family supporting her. She was out last year after tearing her ACL but was cleared in January. Hunter is ready to get back to the game she loves for one final season.

She will have to wait a little longer.

Winter sports were scheduled for a November start date with practices ramping up this past week. On Sept. 24, the St. Louis Intercollegiate Athletic Conference (SLIAC) announced the postponement of all SLIAC winter sports. The competition season can not begin until Jan. 1.

The postponement did not come as a surprise to Hunter. In fact, she expected it. After her injury, Hunter does not mind the wait.

“For me, every second from now to the end of season is cherishable,” Hunter said. “I have more games than I did last season, so I’ll take what I can get.”

Webster athletics director Scott Kilgallon said the postponement is mostly due to there not being a cost-effective solution for Division III schools to follow COVID-19 guidelines. In order to play games in a conference, student athletes would have to be regularly tested in order to prevent the spread of COVID-19. The test is expensive and each student-athlete would have to be tested 72 hours before a game. Not only that, the student-athletes also have to pass their Webster-required screening and another temperature check before being allowed to play.

Kilgallon’s hope moving forward is for a cost-effective, accurate test to be developed in the next few months in order to keep students and their competitors safe while allowing them to play the game.

“There’s just a lot of gray areas right now,” Kilgallon said. “Obviously, safety is paramount as we work through this.”

Kilgallon said the National Collegiate Athletic Association has granted waivers to extend practices until the athletes can play in the spring. The women’s basketball team has started phasing in and will be able to scrimmage against each other in three weeks. Hunter said it may get tricky doing the same practices from October to January, but the key is to remain positive.

“If we take it day-by-day and not look at it like there’s a large time distance, it will make this a lot easier,” Hunter said.

Coach Jordan Olufson described the delay of a season as a sort of limbo. As he helps players like Hunter train, he thinks this postponement will help the team become a well-oiled machine.

“We just have to see the positives.We have to be like, ‘They’re just pushing back our season, we’re still getting our conference games,’” Olufson said. “It looks different right now just like it does in every other aspect of life.”

Olufson and his team will continue practicing until they get to play games, hopefully, in January. Until then, some of the focus will be on building a connection as a team in the time of social distancing.

“It’s important we have some form of connection [on teams],” Kilgallon said. “Particularly for our freshmen. Freshman year is always tough. At least with practices, they won’t feel as isolated being away from home and they’ll get to know their teams.”

For women’s basketball, Olufson hosted a team meeting on Zoom after he found out about the postponement. He let the players vent and get their frustrations out. Hunter and junior basketball player Lauryn Freeman have been part of team-building activities to help freshmen adjust to the “new normal.”  Freeman said seniors have been especially helpful, showing the freshmen what to expect out of these practices.

“I definitely think this is going to be an experience for freshmen,” Freeman said. “They’re coming in, having their entire sports realm turned around. It’s been really hard for us as a team to connect. We’ve been doing what we can as a team, but unless you live in the dorms, it’s just hard to see them and interact.”

The team will meet on Zoom or have a socially-distanced hangout, but Freeman said it’s not the same. For returners like Hunter and Freeman, they know what to expect. The freshmen do not. Freeman said a big aspect of practice is being vocal and now that has transferred to their relationships with each other, as well. Yet, Freeman still does not see much of her team outside of practice.

“Some of the girls that are even in my major I don’t even see,” Freeman said. “So, it’s just been pretty difficult. But, we’re trying.”

Freeman and Hunter both acknowledge the season may not happen. But, for now, it is. And that’s all that matters. 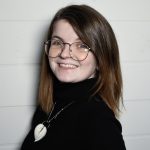 I like to write, a lot. I mainly focus in the news and lifestyle sections. When I'm not writing, I'm hanging out with my nephews, reading or binging a Netflix show. I have a really cool dog named Harper, too. She's the cutest.