If you can imagine making split-second decisions in an environment that requires coping with challenging conditions such as time pressure, uncertainty and team coordination in the heat of the moment, then you have some insight about what it’s like for a first responder entering an active shooter situation on a campus somewhere. As for students and teachers caught in such horrific circumstances, deciding whether to run, hide,  fight – or perhaps pray that first responders will arrive soon – are the only viable options from which to quickly choose.

Yet, learned experience that guides first responders in mass shootings – law enforcement and medical professionals alike – evolves with each incident, sometimes in significant ways. For example, the University of Texas shooting in 1969, in which a Marine-trained sniper indiscriminately killed 14 people and injured more than 30 others from an observation deck atop the Main Building tower on campus, led to the creation of SWAT teams. Lessons from the shooting at Colorado’s Columbine High School in 1999 led to a massive tactical shift among all law enforcement: instead of delaying engagement out of fear increasing casualties in a gun battle, the first three to four  officers who arrive immediately engage the situation with the goal of neutralizing the shooter(s).

The insights from studying mass casualty incidents combined with scenario-specific training meant that everyone taken to a hospital in the immediate aftermath of the Boston Marathon bombing had one thing in common: they all survived.

If there it is a silver lining in any of this, it is that first responders never forget any mass shooting – they continuously analyze them to improve their response in future incidents. As a college administrator who has conducted research on decision-making in crisis situations on college campuses, knowing that provides a measure of reassurance. However, I am growing increasingly concerned that the profound horror that previously accompanied these shootings is being replaced with a benign complacency when they occur now. In short, we are at risk of becoming desensitized to these tragic and, if not critically important, events.

That is not to say we have become completely unaware. The shooting at Marjory Stoneman Douglas High School in Florida just over one month ago has youth in this country on the precipice of a legitimate social movement. But if we are to fully support such an inspirational undertaking, we cannot forget other recent school shootings. According to a New York Times article in January, school shootings took place in a “high school in small-town Kentucky…a school cafeteria outside Dallas and a charter school parking lot in New Orleans. And before that, a school bus in Iowa, a college campus in Southern California, a high school in Seattle.”

All five occurred in 2018 before the shooting in Parkland, Fla. How aware were we about those horrible incidents? Answer: Not so much.

Debate is now predictably swirling around two main themes: gun control and mental health. And while those are exceedingly worthy of important discussion, study after study of school shootings consistently provide a crucial insight we must remember: in nearly every incident, someone knew something ahead of time: there was a problem, someone knew the shooter was making threats or preparing to take some action – but, for whatever reason, did not tell anybody.

Movements will come and go, elected officials will feign interest when politically expedient, and cultural change about violence will be long in the making. In the interim, we must resist the creep of desensitization to these incidents and, as a community, maintain a compassionate vigilance to an important axiom: if you see something, say something.  Webster’s Behavioral Intervention Team is in place to swiftly address troubling behavior you may observe or assess threats you may hear or read about.

Never hesitate to reach out to someone in Public Safety, the Dean of Students Office, a faculty member or a colleague about a concern you have. It may be one of the most important things we can each do to strengthen the sense that #WeAreAllWebster. 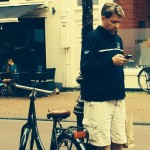