February is Black History Month. This is normally my opportunity to take a closer look and think about how far African-Americans have moved forward. It took a lot of hearts, a lot of guts and a lot of lives. We are at this point, however, because of the hundreds of black men, women and children who led us here. There is still some ways to go, but I am proud of where we stand right now.

Black History Month will always hold a special place in my heart. That said, Morgan Freeman makes a great point about black history having a barrier. “You will not relegate my history to one month,” Freeman told “60 Minutes” host Mike Wallace in 2005. Regardless of this well taken thought, I consider myself lucky to have access to thousands of resources that tell the stories about how our past contributed to our present and future. This is what makes the United States such a unique country.

I need to mention one issue that bothers me. First, I have a confession to make. I support President Donald Trump. I did not vote for Trump, but I happily place my faith in him to lead our country to the heights he promised. To my friends at Webster University and beyond, this revelation must be shocking. I do not see anything “shocking” about an African-American supporting the President of the United States. I should not even have to categorize my support for President Trump as a “confession” because I should have nothing to be ashamed of.

He is polarizing. He is controversial. I understand that. He is also the man I expect to make America great again, as he promised.

This brings me to the issue I previously mentioned. I remember watching CNN last year. Marc Lamont Hill, who I respect, made an appearance and criticized President-elect Trump and his transition team for allowing “mediocre negroes” to “represent black American interest.” Hill continued his criticism by suggesting Trump and his team should have brought in more “people with expertise,” rather than people who “just entertain.” Hill was criticized for his comments, as he should have been, because they were ridiculous.

If Hill can make this comment about African-Americans with prominence, regardless of occupation, what would he say about someone like me? What about the African-American supporters of President Trump, male and female, who do not have a similar platform as these “mediocre negroes?”

Would that make us inconsequential? Does our voice really matter in this conversation? If not, then I have never been so disrespected in my life.

For me, this is personal. My voice should matter. My opinion should mean something. Disagreement is fine. Ignorance is not. This is what Black History Month means to me. Our willingness to learn from our past will propel us toward a better future.

Booker T. Washington always stood out to me. I have a great passion for learning. Washington’s contribution to education inspires me to continue expanding my mind and changing my life. I cannot talk about Black History Month without recognizing the sacrifices of Minister Malcolm X and the Reverend Dr. Martin Luther King Jr.

Both men gave their lives, through the faiths they practiced, for a similar cause, despite being vastly different. The story of Minister Malcolm resonates with me because of his amazing journey from prison to prosperity.His pilgrimage to Mecca and eventual change in perspective of integration stands out to me the most. He realized men and women of all race, creed, nationality, etc. could live together because he saw this with his own eyes. His devotion to Islam made him see this reality, even though he did not believe in it at first.

Minister Malcolm was also an advocate for education. He believed it was the “passport to our future, for tomorrow belongs to those who prepare for it today.” This is absolutely correct. Education is inspiration. Black History Month holds a special place in my heart. I should be proud to stand up for what I believe in. All of these brave men and women were. I will dedicate my life to this fight. 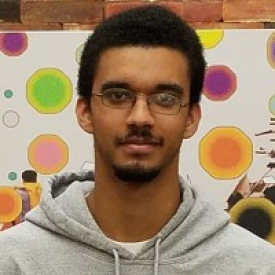