The mainstream media in the United States is in a precarious position. Arguably more than ever before, the American public is questioning the motives of its major print and television news outlets. ABC, CBS, CNN, Fox News, NBC, The New York Times and The Washington Post are the seven most recognized mainstream news outlets in the United States. These organizations became known for more than their ability to report the news.

People suspect mainstream bias and manipulation is taking over the objective outlook these agencies are supposed to have. The percentage of American distrust in the mainstream media is increasing, and  these seven networks take the most heat. How did this happen? The decline of mainstream media trust in the United States cannot be pinpointed to one thing. Rather, a series of events led to this moment.

I am a former journalism student with a great passion for studying the media. It is crucial for me to analyze the visible news content and their functions which are not readily identifiable because it is the only way to attempt to have an objective viewpoint, but this is not easy. The amount of local, national and international news can be too much to handle. I am dedicating my life to this journey.

The credibility of the American mainstream media took a hit after the revelation of Project Mockingbird in 1973: part of the “Family Jewels” report compiled by the United States Central Intelligence Agency. This story exposed an alleged large-scale program by the CIA to manipulate news media to produce propaganda in the early 1950s. At the time, the United States was involved in a global confrontation with the Soviet Union during the Cold War. Also, American involvement in Korea escalated into full-scale war.

Under this context, perhaps, the prospect of news manipulation would not have been astounding at the time. Several decades later, however, Americans use this as evidence to further question how deep the media’s pockets genuinely are.

According to Press Bias and Politics: How the Media Frame Controversial Issues, by Jim A. Kuypers, the operation of the American Press is defined by its “agenda-setting” and “agenda-extension” functions. Understanding both explains how tight the mainstream media’s grip on the American public is intended to be. Understanding the agenda-setting function, first and foremost, explains how press reports typically interact with public discourse and the public’s perception of that discourse.

An example of this theory, according to studies conducted by contributing scholars, is how the media focuses on the President of the United States. They concluded the President is in a “strategic position” to influence the agenda of the press because of his power as a source, at the national level.

President Donald Trump is the best example in recent memory. Since his inauguration, the American mainstream media portrayed President Trump as two different figures. CNN and Fox News are the most prominent perpetrators, which led to a growing divide among the American public. CNN and Fox News take jabs at one another. CNN labeled Fox News as the “Trump Apologist Network.” Fox News labeled CNN as the “Destroy Trump Network.” This is recognized as the “agenda-extension” function. The purpose of this original  is to move beyond the natural reporting of events. Instead, the focus is shifted to framing and priming news content. This is the problem I have with the mainstream media in the United States. Bias is not the only issue. Manipulation is a more significant issue.

People have bias. This is an element of human nature. But manipulation is more dangerous. According to the Pew Research Center, in a survey of 38 countries, public perception of the news media demands more unbiased coverage of political issues. Also, 75 percent of the 38 surveyed countries say it is never acceptable for news organizations to favor one political party over the other. In the United States, alone, 78 percent agree with this. I substitute Pew’s use of the term “bias” with “manipulation” because this speaks more to how networks frame and prim their bias to control what viewers and readers think. 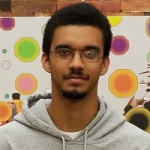