The search for a new dean of the College of Arts and Sciences at Webster University is nearing a close.

The 13 members of the dean search committee turned in their final recommendations on the three finalists. The announcement from Provost Julian Schuster, who will make the final decision, is expected any day.

Emily Thompson, French professor and chairman of the search committee, said this is a moment when the college needs a strong and committed leader.

“With a pending move to the new interdisciplinary sciences building, we need someone to help facilitate the change.”

According to Webster’s director of public relations Patrick Giblin, the three candidates still being considered are Doug Robinson, Tony Wallner and Amy Fuqua. Robinson is the dean of the arts faculty at Hong Kong Baptist University, located in China. Wallner is the associate dean of undergraduate programs and a chemistry professor at Barry University. Fuqua is the dean of the college of liberal arts at Black Hills State University. A fourth candidate, Kate Lang, withdrew after accepting another position.

The search started Sept. 2, 2016 and brought in more than 60 applicants from all over the world. Committee members sifted through each application for preliminary eliminations prior to deciding which applicants to interview.

According to Andrew Young, a member of the Student Government Association (SGA) and the only student chairperson on the committee, some applicants were easier to vet than others.

“I would do a little research on the candidates outside of their applications,” Young said. “There was one that I found that got in some trouble on the federal level.”

This applicant was charged with second degree harassment and accepted a plea bargain. No committee members even suggested that he was a good choice, Young said.

In December 2016, the final candidates were brought to campus in order for students and staff to meet and question them individually.

The committee members then evaluated the candidates based on their interactions in the question-and-answer sessions.

Thompson and Young were both surprised by the difficulty of finding more student representation in the selection process.

“It was sometimes difficult because I think that students didn’t realize exactly what a dean does or how that choice would impact their lives,” Thompson said.

Young said this was one of the reasons why he held the ability and willingness of a candidate to interact with students as one of his top criteria.

“If you are having a problem in one of your classes, you would go to your advisor,” Young said. “If you were having problems with your advisor you can go to the dean. . . Yes, the dean is there to serve the students.”

It is not necessarily bad or abnormal for students not to know the duties of a dean, Thompson said. Most students would not meet the dean unless grievances were unable to be resolved at the departmental level. Still, part of the job will include serving students’ needs outside of that process.

Once negotiations are finalized, the new dean is expected to start at the beginning of summer 2017. 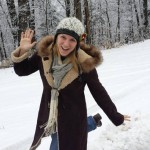