Kane Smego sees poetry as an art form. He said it is a way to connect and convey emotions.

He has traveled all over the world showcasing his art. He has performed in parts of Africa and South America.

“My poetry, I use it to engage,” Smego said.

Smego performed seven of his poems on Feb. 2 at Webster in the East Academic Building. The event was sponsored by the Multicultural Center and International Student Affairs. Some of the poems he performed were “Word”, “X chromosome” and “9.99.”

Smego’s main topic for the event was identity and celebrating diversity. He talked about how he saw a lot of diversity and racism while growing up in the Southern U.S. He also touched on current and historical African-American problems.

“Everything didn’t end in the ‘50s with segregation,” Smego said.

He stated he could see and feel the segregation right before his eyes, especially while living in the South.

“I was picked on for having an African-American stepfather and we would get strange looks from people when we were out,” Smego said.

Smego also talked about his journey performing spoken word. He started performing at poetry slams with a small group of friends. Today, he teaches and helps youths channel and understand spoken word.

Earlier on the same day, he held a workshop at Grand Center Arts Academy in St. Louis.

Smego said he now sees thing through a new lens, which has helped him grow as an individual and a poet.

“Watching social interaction and watching how people experience the world… I was exposed to a whole different perspective and it’s a lens,” Smego said.

Webster senior Maxi Moss saw the performance from the audience.

“I loved how real and vulnerable Kane was; very emotional,” Moss said. “He touched on some very potent issues and made it really personal.”

Smego closed off the event with a Q-and-A and mingled with those who stayed afterwards, sharing contact information and taking pictures. 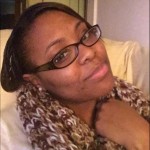