For sophomores Aley and Taylor Lucas, the family atmosphere does not stop when they leave the basketball court and go back to their dorm; the two teammates are also identical twins.

Like many siblings, Aley and Taylor Lucas have had to share many things over the years: a bedroom, clothes, a car and the basketball court. The two came to Webster University last year when they were recruited for the women’s basketball team. While they were both looking at different schools, they agreed they did not know if they would have liked going separate ways because they have always been together.

The two have been teammates for years, in basketball, volleyball and soccer, which has given them plenty of time to build a connection on the court. Both said they read each other well, and they enjoy knowing that the other one will always have their back on the court.

Aley Lucas also said her favorite part of playing with her sister is when Taylor Lucas makes a mistake and she gets to call her out.

Oppositely, Taylor Lucas said she dislikes this aspect of playing alongside her twin.

“My least favorite part of playing with Aley is when I mess up and she yells at me. She’s definitely my biggest critic,” Aley Lucas said.

Teammate and roommate Brittney Zipprich said that everyone loves when the girls get onto each other on the court because it provides comic relief.

At the end of the day, women’s basketball head coach Jordan Olufson said there is no hard feelings between the girls.

“We ask all of our players to keep each other accountable, and Aley and Taylor have no problem with that,” Olufson said. “They have been around each other so long that one can say something to the other and you know they won’t take it to heart. They leave the gym and it doesn’t affect their relationship.”

Their closeness continues outside of the gym, as Aley and Taylor Lucas have lived in an on-campus dorm together for the past two years, but the sisters said they argue much less this year now that they have their own bedrooms.

This is nothing new. When the girls were growing up they shared a bed for 13 years, and it was during this time they experienced what Aley Lucas considers their worst fight.

“I can’t remember what the fight was over,” Aley Lucas said. “It was probably over something in the room we shared, and Taylor made me mad so I threw a Nintendo controller at her head and gave her a black eye.”

Nowadays, their fights are typically over one thing: shoes.

“We’ve always shared clothes because our mom didn’t want to buy two of everything while we were growing up,” Taylor Lucas said. “But most of our fights are over one of us stealing shoes.”

Aley Lucas agrees, adding that Taylor has way more shoes than she does. “I’m usually stealing her shoes. She’s bought at least 15 pairs this year alone.”

While the girls share many of the same interests, including country music and the TV show Scandal, not everything about them is identical.

The twins, their coach and their teammates all agree that the biggest personality difference between the girls is that Taylor is more talkative and outgoing.

“I’ve always been a little bit more outgoing than Aley,” Taylor Lucas said. “When we were little I wouldn’t even let her speak. I would talk for the both of us and our mom would tell me I’d have to let her say something.”

Olufson said Taylor Lucas is more vocal on the court, and Zipprich adds that Aley Lucas is a little calmer and quieter than her sister.

Differences aside, the two said they share a deep bond and that they can rely on the other for anything.

“I can always go to her if I need anything,” Aley Lucas said. “She’s my best friend and I know that I can talk to her about anything. I know she’ll make time for me and isn’t going to write me off.”

Visit websterjournal.com to see a photo slideshow of the twins as Webster University teammates. 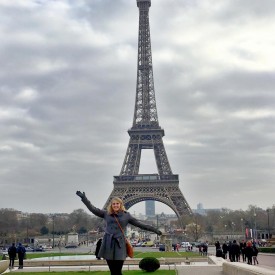 Sports Opinion: What the Cardinals need to succeed in the National League