Anyone with a Netflix streaming account knows the unique frustration that comes with searching for something to watch, but settling on nothing.  One moment I’m convinced it’s the day I binge on the cult classic, “Firefly,” but then I hesitate. Joss Whedon’s other show, “Buffy: The Vampire Slayer,” is also available for streaming, and I should go in chronological order, right? But he also wrote and directed “The Avengers.” That too is available to stream, and I think I like that the bes­­t ­— oh forget it, I have too many options and don’t know what to do.

My option-exhaustion scenario is one most of us have probably experienced. In past instalments of Mind Over Media, I have mentioned the feeling of information overload and how it cultivates a referential culture in the media we create. But how does a big business respond to the culture of access? How do producers know a show they invest in will be noticed amongst the hundreds of other titles on their streaming service of choice?  Well, they give us something they know we can’t say no to. A sure thing. And by using a new tool called big data, media producers have it down to a science.

If you haven’t heard of big data, it can most easily be described as a way one builds their own demographic. Demographic usually implies a vast measurement, whereas big data can tailor demographic to an individual level. It is a way of collecting mass amounts of information on a person through their digital behavior.

In the world of film and television, Netflix has been the forerunner in utilizing big data to understand what its audience wants when producing original content. The first show created in this fashion was “House of Cards.” The series’ director David Fincher was selected via big data analysis.

Fincher’s film, “The Social Network,” has among the highest numbers of uninterrupted streams, which can be interpreted as proof that he is highly successful at holding the attention of his audience. Kevin Spacey was cast because of how successful his films had been on Netflix in the past.  Popularity of the original “House of Cards,” a British series, was discovered through data. The political drama genre was chosen through data analysis since it attracts a wide audience.

It’s not just content that big data helps determine, but also the marketing of such content. The New York Times reported that “…there was not one trailer for ‘House of Cards,’ there were many. Fans of Mr. Spacey saw trailers featuring him, women watching ‘Thelma and Louise’ saw trailers featuring the show’s female characters and serious film buffs saw trailers that reflected Mr. Fincher’s touch.”

This tailored-just-for-you method makes sense in terms of advertising.  Basing a production off of data nonetheless seems problematic, despite the fact that “House of Cards” has been a success in both critical and fiscal terms. Great storytelling comes from people who have stories to tell, not from what genres or names are trending. 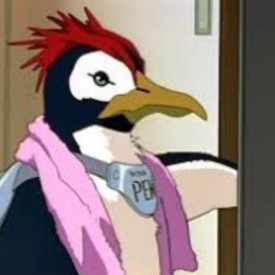