With growing concerns of safety on college campuses, Webster University’s Public Safety wants students informed about their options in a crisis.

Webster University has a total of 21 Call24 and three code blues. Each system costs $4,000 plus a $400 maintenance fee per year per Call24 and code blue.

Public Safety officers are notified of the emergency box call’s location when the student presses the button. The strobe light on the top of the pole flashes as the dispatcher continues to monitor what is happening.

Supervisor of Public Safety, Scott Patterson said as the campus grows so will the number of Call24 boxes.

Dan Pesold, director of Public Safety, told The Journal in the spring that the Code Blue Call boxes will be replaced with Call24 boxes. The reason for the change is the Call24 boxes put the user into direct contact with a public safety officer rather than a dispatcher.

Raina Houston, an acting major at Webster said it’s important to plan ahead in order to prevent danger.

“We don’t have emergency systems everywhere because we haven’t had a shooting here yet, but today you never know what will happen,” Houston said.

Liza Schultheis, Communications Specialist of Public Safety, said the call boxes have been used once for a “real” emergency in the fifteen years she’s worked there.

“Webster is a safe community but it doesn’t mean that violence can’t find us. It’s all of our jobs to be aware of our surroundings,” Schultheis said. “I’d rather get a thousand calls and it turn out to be not important verses no calls at all.”

Houston said emergency systems are needed in the classrooms as well. But Schultheis said that it would be costly.

“We’ve already spent a lot of money putting (Internet phone) voice recorder phones in the front of the classrooms,” Schultheis said. “It would be better if we programmed one of the buttons on the phone to connect straight to Public Safety.”

The phone in each class is called an Internet phone voice recorder. These phones are built to comply with different kinds of latency on the Internet while supporting voice command. In case of an emergency, the phone will capture sound and Public Safety will be notified. Supervisor of Public Safety, Nelson Saucedo said until the phones are programmed, dialing 7430 or 6911 will connect students and faculty to public safety immediately.

But Houston said she wouldn’t feel safe touching a phone if a gunman was trying to attack.

“I just feel like the attacker would get mad and shoot if he saw me or faculty calling for help. I’d feel a lot safer if there were hidden panic buttons somewhere that wouldn’t be noticeable to the shooter,” Houston said.

Leah Simms, a video production major at Webster said she would rather use her cell phone to call 911.

“The first thing on my mind wouldn’t be looking for a panic button. I would call 911 not Public Safety,” Simms said.

Public Safety is currently exploring ways to improve campus safety by replacing all Code Blue boxes and painting the Call24 boxes to increase visibility. They are also looking in to programming each (Internet phone) voice recorder phone to connect straight to the Public Safety office. 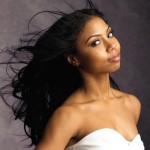