Facebook had 845 million users in 2012. Twitter had 465 million users. Think about that for a second. That many people have connected to a social networking site and exposed their lives to the public like an open book. And 157 million of them were mobile users of Facebook. The shift of social networking from computer to mobile seemed convenient at first. Yet if the upward trend of mobile users continues, we’ll all become Mark Zuckerberg’s walking zombies. 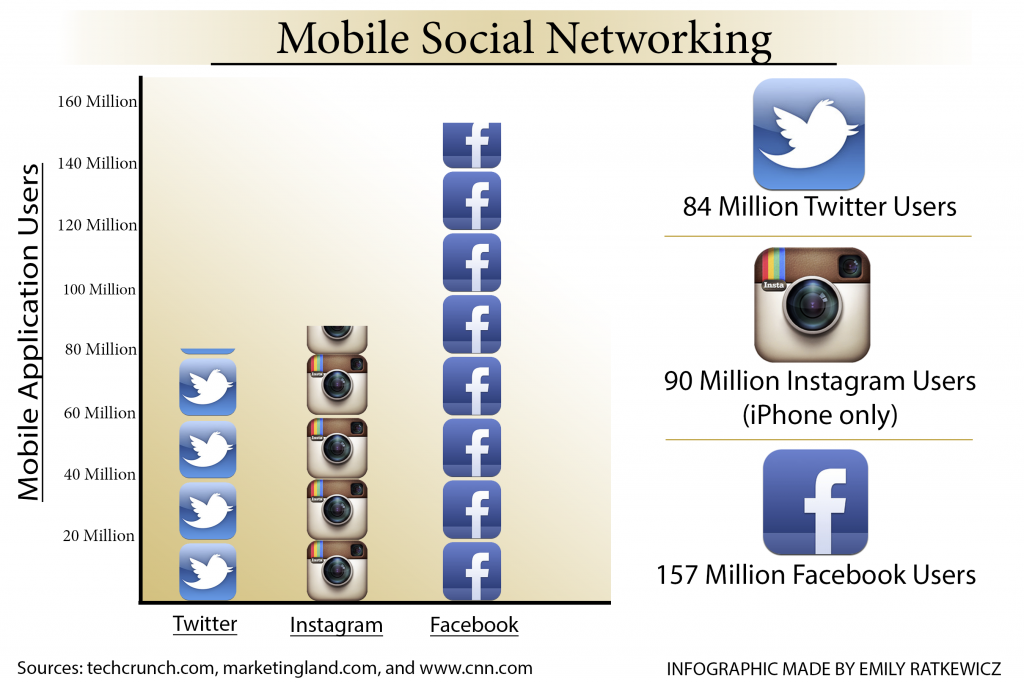 Every person and their mother owns something that can access the Internet nowadays. According to Nielsen Co., about half of U.S. consumers own a smartphone. Why bother finding a computer when your phone is in your pocket? Smartinsights.com predicts that mobile Internet usage will overtake desktop Internet usage by 2014.

What people don’t consider are the cons of this technological development. A mobile phone user on average in 2012 spent 2.7 hours per day on social networks. That’s a third of time the average adult spends sleeping, according to web study done by Smart Insights in 2013. That sounds like the beginnings of a walking zombie. And that’s a big problem.

Think of all the things you could be doing in that time: paying attention in class, learning a new hobby,  paying attention to the road or just being productive. According to a study done by the Pew Research Center, one in four drivers are on their phones while driving.  Mobile networking has taken something we could do occasionally at a computer and made it accessible from anywhere. As a result, most young adults are stuck looking at their screens instead of looking where they’re walking or driving. That’s not only unnecessary, but dangerous.  Still not convinced we’re becoming zombies?

Students even attempt to study while on their smartphones, which has been shown to lower test scores by 20 percent,  according to the 2010 study “Facebook and Academic Performance,” published in the journal, Computers In Human Behavior.

We spend far too much time staring into our phones. And as mobile networking rises, our ability to hold interpersonal conversations will diminish. Young adults too often spend their time with friends, at dinner with family chatting and uploading photos of their food to Instagram and even while having sex  — yeah, there’s even a statistic for that. Ten percent of people younger than 25 will respond to social media during sex, according to a 2010 study done by mashable.com.

I understand that mobile social networking is not only convenient, but also a great way to connect. But our generation has become so dependent on our phones that we can’t spend more than 10 minutes without checking it. I urge you, pry away from your phone for just a moment and look up at the world. Talk to someone instead of tweeting at them. Help us preserve basic human interaction — something that seems to be slowly dying.  Help stop the infection.