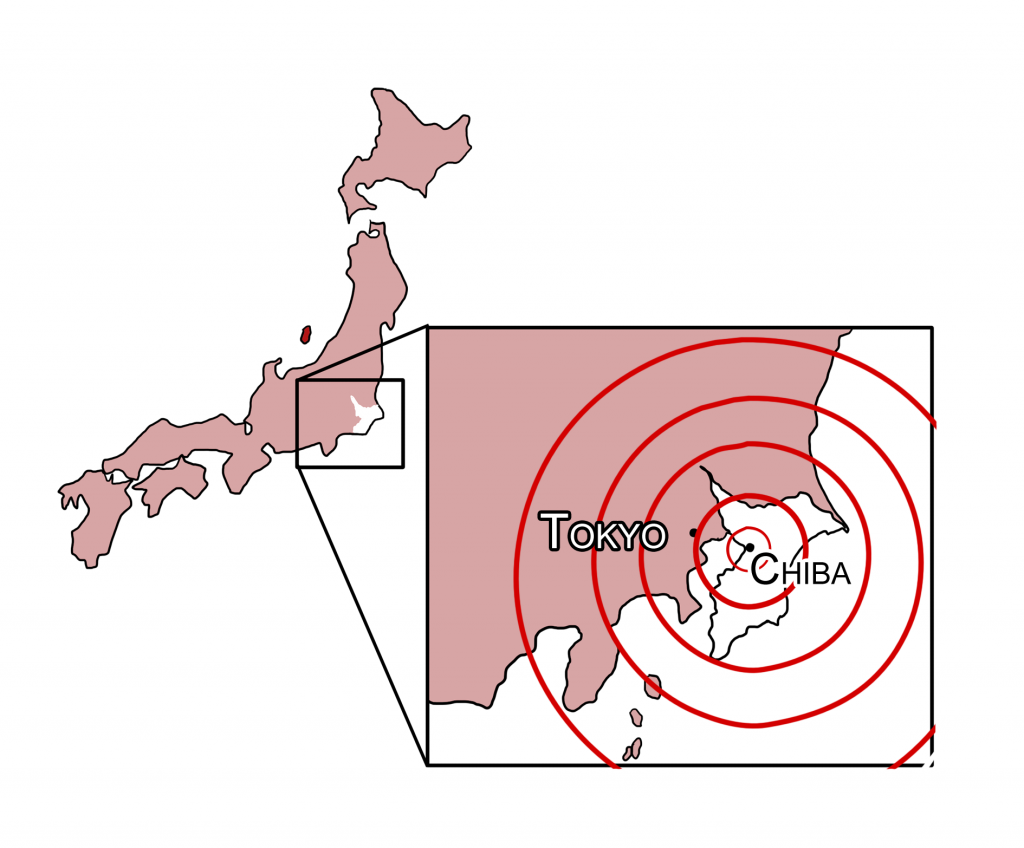 Webster University senior photography major Lowell Daniels visited the military base in Zama, Japan, with his mother when he said he felt a “slight rumble.”

“My mom started getting worried and asked, ‘Do you think that was just a really big truck?’ However, I heard one of the officers say in Japanese, ‘Jishin deshou,’ meaning, ‘It’s definitely an earthquake,’” Daniels said in an email. “That was followed by a big rumbling, which shook the tiny shack we were in for all of maybe 5 long, long seconds. My friends in the dorm say they felt it for longer. … The most important thing was that the ground felt like almost liquid for a moment.”

Daniels, who is studying abroad in Tokyo, and his mother felt the 4.9-magnitude earthquake, which hit Tokyo on Saturday, Nov. 24, according to Reuters. Reuters also reported there was no warning of a tsunami. The 9.0-magnitude earthquake in March 2011 was followed by a tsunami and devastated the country.

Daniels said he didn’t notice any “crazy” reactions because earthquakes in Japan are common.

“On the first shock, some ladies ran out of the commissary on the military base in a panic. Others stabilized themselves a bit more,” Daniels said. “I looked up to make sure there was nothing that would fall on us (lighting or decorations). That was really about it. … I noticed some anxiousness that there may be a third wave of the earthquake, but mostly just an effort to shrug it off and continue doing work or going home.”

Daniels added he hasn’t noticed any damage from the quake to Tokyo.

“A lot of the buildings and even the sidewalks here are built with earthquake-resistant materials,” Daniels said. “They allow the object to be stretched and compressed without damage.”

Kit Reedy, junior ancient studies major, was eating dinner with her host-father when the earthquake struck. Because earthquakes are common in Japan, she said they shrugged off the rocking feeling. But the quake grew stronger.

“I looked at him (my host-father) maybe a little bit wide-eyed, but he said, ‘No, it’s fine,’ and kind of kept on eating,” Reedy said via Facebook messaging. “It was kind of going on for a long time — maybe a full minute, minute and a half — and I started looking around for something to get under.

“… I was a little bit concerned because we were eating at a kotatsu, which is a small table that sits about a foot and a half off the ground that has a heater built into it for the winter time, and all I was thinking was, ‘There’s no way I’m going to fit under that thing.’ But it was over before I had time to get much past that thought.”

“The news program that followed showed video of people walking down the street as if nothing was happening,” Reedy said. “I imagine since (earthquakes are) such a common thing, it’s kind of like what happens when the tornado sirens go off in St. Louis. Everyone knows you’re supposed to go into the basement and get away from windows, but people rarely do.”