Paul Carney, Webster University director of enrollment management, said the university’s low enrollment numbers are a result of a decreased amount of high school graduates in the area. However, some local private universities saw positive growth in freshman enrollment this year. 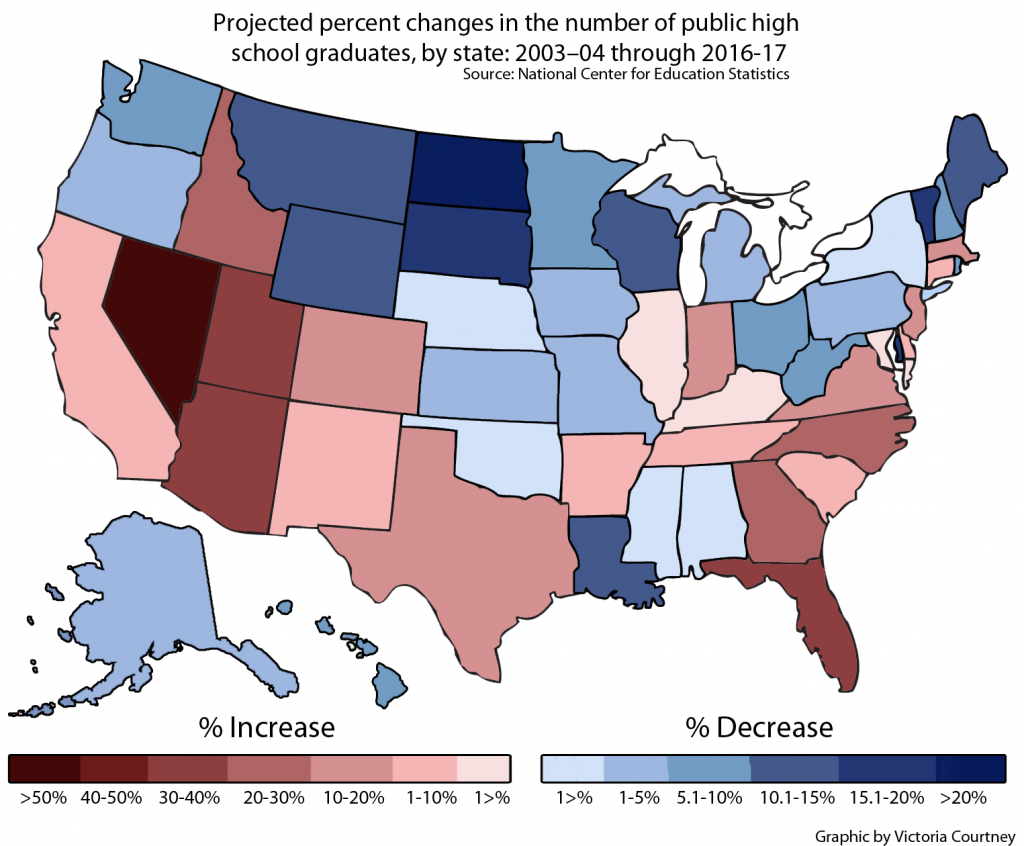 However, as of Sept. 28, 2012, freshman enrollment at Webster’s main campus in Webster Groves was 411, which is a drop from 472 freshmen nearly a year ago, said Susan Kerth, Webster spokeswoman.

Maryville’s vice president for enrollment, Jeff Miller, said there are many areas that have contributed to growth. Such areas include funding in targeted market research, a recruitment plan focused on regions across the country, expanded academic and student programs, and a move athletically to NCAA Division II.

“As a result, we’ve (Maryville) become one of only three national universities in St. Louis with students from 45 states and an ever-increasing pool of inquiries,” Miller said.

“This year is a step back and we must turn it around quickly,” Stroble said during fall convocation regarding enrollment numbers.

Kerth said there are several ways Webster could increase its enrollment.

“Increasing our undergraduate enrollment numbers is very important to us,” Kerth said. “We will do this by offering attractive academic programs, growing the number of our full-time faculty while maintaining strong connections with our practitioners and adjunct faculty, continuously strengthening our outreach both locally and globally, and investing in our facilities and infrastructure. 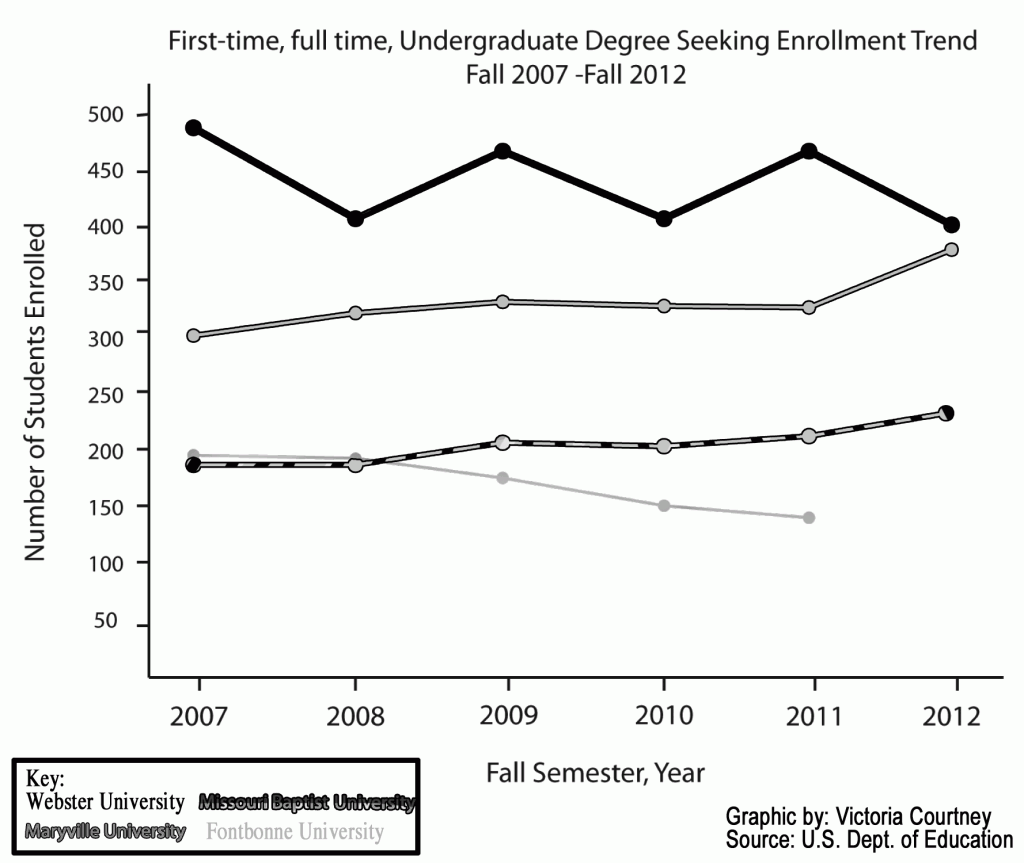 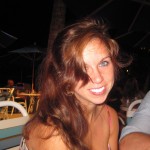