A caravan of almost 8,000 people is coming to the southern border of the U.S. to seek asylum from various countries like Honduras, Guatemala and El Salvador. It started from Honduras and since then a lot of people have joined them with the same mission: to apply for asylum in the U.S.

After watching the way the American media has handled this caravan coverage I have one question to ask. Since when did ‘immigrant’ become a negative word in this country? When did this word incite hate and fear in the public?

Trump and reporters at Fox News label this caravan as an invasion. The only thing I’ve been hearing is those on the caravan are going to invade the United States by force with criminals and terrorists. These are fear-mongering tactics that are repulsive and mislead the public. These descriptions don’t match up with other reports about the caravan.

The story is still developing and so far, it is not looking good. From left to right of the political spectrum they debate who is right in this crisis.

Let me remind you this is a caravan full of young men, women and children who are seeking asylum to this country. An invasion? A force to break the border? Unless the young men are the main infantry, the women are the artillery and the kids are the special forces, then this caravan is not a threat to national security.

They also claim that the caravan is full of diseases. According to an interview with David Ward, a former ICE agent, the people of the caravan may be infected with diseases like smallpox, leprosy and tuberculosis.

After the interview, it was clarified that there is no evidence that this caravan is carrying leprosy. Smallpox, according to the Center for Disease Control and Prevention (CDC), was eradicated since October 1979.

I do not understand when it became a burden to help someone in need. I understand that helping someone often involves spending money to buy supplies and the necessities to feel safe in your own space. As a country, we need to take care of ourselves before helping others. However, there must be a balance. I am all in when it comes to balancing the state of this country on issues like security, the economy and foreign relations.

These people are just trying to escape the violence of their countries. They are just like you and me, just normal people with families trying to live a normal life. These people are willing to follow the rules and enter this country legally. United we make great things instead of fighting between ourselves. 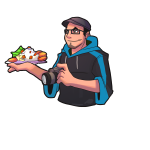