Dismissive reactions to people who angrily claim that their rights have been violated influenced Dr. Alison Reiheld’s presentation, “I Can’t Hear You When You’re Angry: Civility, Righteous Anger and Silencing.”

Reiheld, an Associate Professor of Philosophy at Southern Illinois University-Edwardsville, was the Keynote Speaker at Webster’s 13th Annual Philosophy Conference on March 30.

During her presentation, Reiheld discussed the idea of living civilly among each other.

“We can live together in a morally diverse society where we absolutely will disagree with each other and yet must live as neighbors,” Reiheld said. “Civility helps us to do that. But when we encounter those who do not even acknowledge our humanity, it can also make us swallow whole heaping rations of hatred directed at us, and we naturally despair at having to do so.”

Reiheld also explored racial issues like those involved in the Ferguson protests in 2014.

Alexandra Lubbe was one of five Webster students who presented their topics during the conference.

Lubbe, a senior International Human Rights major, presented her paper, “A Rights-Based Approach for the Global Abolition of the Death Penalty.” Lubbe expressed the importance of understanding “The Human Rights Theory” before applying it to the death penalty as well as recognizing the injustices in terms of people being disproportionately executed.

“Recognizing every individual as a full member of the human community means treating all human beings as bearers of equal and transient value regardless of race, sex, class, ethnicity, origin of religion, and most importantly for this topic, what a person has done,” Lubbe said in her speech.

Lubbe also discussed how all human beings hold dignity and worth, even if they have committed heinous crimes.

“I would like to make clear here that I am not suggesting that mass murderers or serial rapists should be spared from severe punishment,” Lubbe said. “Personal rehabilitation could be achieved while spending a life in prison. Even mass murderers and rapists are human beings who have inherent dignity.”

Elizabeth Stanza, President of Webster’s Philosophy Coalition presented her topic on transracial adoption and the notion that children should be adopted into their own race. After three months of research, Stanza said that she had become critical of herself, but was proud of her paper and presenting it at Webster.

“The conference went well. It’s really great to feel so connected with those involved with the Philosophy Department and at Webster,” Stanza said. “It’s always intimidating to make yourself vulnerable in front of others, but it was a great experience. I’ll always be involved with the conferences and we’ll see what papers I’ll crank out the next couple of years.”

Reiheld also expressed  that she was pleased with the turnout of the conference. There were so many people there the staff had to bring in more chairs.

“All attendees had great questions, and I very much enjoyed doing philosophy with the Webster community,” Reiheld said. “It is an endeavor best done with others rather than alone.” 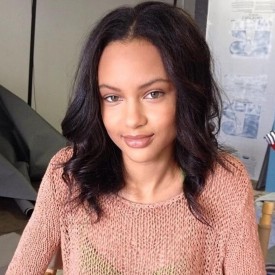