The teenager was dealt a terrible hand: stage IV (four) cancer, complete with a grapefruit sized tumor in one of his lungs. He said he did not know if he had a future.

Richardson said he was familiar with God. He had followed the path his family paved—a history of praise through gospel music. The tradition of choir performance started with his grandmother and continued with members on both sides of the family. Richardson participated in choir groups as a child. He had an affinity for singing in and directing choirs.

Despite his background, Richardson’s relationship with God was an afterthought. He accepted God in 2008, but he does not consider it the defining moment of his faith.

Instead, Richardson said his moment arrived in that hospital. He said he found God as machines beeped and a sterile hospital smell lingered around him.

Richardson said he knew God had taken control of his situation. His illness was far out of his own hands, and he felt certain that God could save him.

“A lightbulb went off,” Richardson said. “In that time, I really felt God.”

Richardson went into remission a month later. Richardson’s sister Angelina said he had remained optimistic throughout the worst of his illness.

Robert graduated high school and then started college, two milestones he feared he would not reach.

When Robert arrived at Webster two years ago, the university’s gospel choir—founded in 2011—had dismantled. This spurred Robert to try to revive it, but efforts failed at first. The organization could never get the funding required.

Robert would not be deterred. He focused on appointing members to the choir’s board and creating roles for organizational tasks beyond singing. This semester, he succeeded in reestablishing the choir. Robert oversees the rebuilt organization as its president.

“I feel like we’re starting to let that message [of God] be known throughout campus,” Robert said.

Just as Robert believed God touched his life, the gospel choir president plans to alter Webster’s landscape. He is doing that by sharing his message of faith.

“When you think about Webster University, I want you to think about the gospel choir,” Robert said. 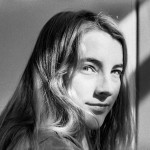