The anti-vaccination movement is a great example of a fringe initiative that attracts a lot of attention and, despite its small size, ends up becoming a hot-button issue. Most people I speak with are derisive of the movement and adamant about the importance of vaccines. While I agree, I think the “anti-vaxxer” craze is a symptom of something bigger: a societal failure to appreciate how science and the natural world work.

Many people who refrain from vaccinating their children do so based on the fear of words they don’t know. Formaldehyde, thimerosal, cetyltrimethylammonium bromide—these words don’t sound very “natural,” and if there’s anything people concerned with their health are interested in these days, it’s avoiding the fabricated and consuming the natural.

But those considering the Paleo Diet and looking for “natural remedies” to their ailments need to consider what the benefits of these things really are. Nothing is inherently better just because it’s natural. The sulfur pools I visited in Indonesia were natural, but I really should have been wearing a mask up there. Formaldehyde may be a component of smog and car exhaust, but it’s also an organic compound, and it’s being produced in your bloodstream right now.

When people become more aware of the chemicals present in their foods and medications without actually learning what those chemicals do, what results is a culture of paranoia and distrust that isn’t necessarily well-founded. One strange component of this is a generalized fear of chemicals. Yes, there are chemicals in your polio shot, but there are also chemicals in literally every other material thing you’ve ever encountered. Your green tea is, in fact, completely made of chemicals, some of which probably sound scary if you don’t know what they are.

I agree that being curious about what you consume is healthy and enlightening. But when you ask questions about your food and drugs, you have to be prepared for complicated, science-loaded answers. It is irresponsible to shy away from vaccinations simply because they contain things that don’t sound like they belong in your body. Excess aluminum, for example, can kill you and cause all kinds of health problems, but the key word there is “excess.” There are reasons virtually no one dies from vaccination, and among them is the fact that the scientists who create these things aren’t dumb—they’re not going to inoculate patients with deadly volumes of aluminum.

The evidence is overwhelming: vaccines are extremely effective at preventing disease on a global scale, have not been scientifically connected with any significant disorders, and are dearly missed by individuals and populations who are denied them. In an increasingly globalized culture, we have a responsibility not only to protect ourselves from disease, but to keep in mind those who are not vaccinated simply because they don’t have the option. The ebola outbreak reminded us that our chances of exchanging cooties with people from untold parts of the globe are not remote—an unvaccinated global population is one that puts many people at risk, not just one.

The anti-vaxxer movement is a symptom of widespread scientific ignorance, and unfortunately, a culture of suspicion. But knowledge doesn’t arise from suspicion alone—it arises when we ask questions. I understand the fear of the unknown, but when your knee-jerk reaction to mystery is to retreat to a place of vague mistrust, you don’t stand a chance of knowing anything. You just become really good at isolating yourself and making people sick. 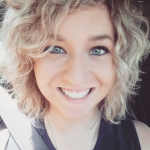