The night of the grand jury’s decision not to indict Ferguson Police Officer Darren Wilson brought disorder and disappointment to the city of Ferguson and the greater St. Louis area. Some people were so angered by the decision they began destroying Ferguson businesses — and my dad’s Dellwood Conoco gas station was one of them.

Around 9:30 p.m. on Nov. 24, the alarm company called my dad to let him know there was a break in at our gas station on West Florissant Road. They notified the police and called back to let my dad know the police asked for my dad to be at the gas station to secure the location.

Worried, he went to the gas station with my anxious brothers, the glass door shattered and items scattered across the floor and outside the door.

He fixed the door and stayed there for an hour and a half to protect the station. My brothers didn’t want my dad to go by himself because they felt it might be dangerous.

As they were picking up the items outside, a police car swerved into the parking lot mistaking them for looters. The police jumped out of their car as if they were going to arrest them, but once they recognized my dad, they left to answer other calls in the area. Afterward, large groups of people walked and yelled vulgar language and threats at my dad and brothers. My dad had a gun with him, but when he saw how large the groups were, he decided to go home to drop my brothers off in fear for their safety.

Right when he got home, he opened up an application on his phone that is connected to the surveillance camera system in the store. A large mob of people had broken into the store by smashing the windows and began looting it. Just as he was watching it, the alarm company called to notify him of the break in..                              .My father immediately called the police and let them know there were looters in the station, but the police did not show up. The landlord manager of the gas station property called my dad and told him to stay home for safety reasons.

mediately called the police and let them know there were looters in the station, but the police did not show up. The landlord manager of the gas station property called my dad and told him to stay home for safety reasons.

At 12:30 a.m., a looter lit the trash can inside the store on fire.  After the initial phone calls from the alarm company, my dad thought that the looters just wanted to break the door and windows to show their anger, but he didn’t expect they would burn the store down. My father, again, notified the police and the fire department—both said they would head to the scene, but did not. The whole gas station went up in flames and that’s when we lost connection to our camera system. We watched the rest of the burning on the news and did not get much sleep that night.

My father had spent so much of the money he saved and invested in on opening that store and borrowed money from family and friends to establish the business. Seeing it destroyed in hours was not an easy sight to understand. 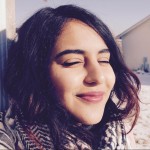