Endowments sit at $94.5 million, an increase from the $86.5 million reported last year in Webster’s Accountants’ Report and Consolidated Financial Statement done by the accounting firm BKD. 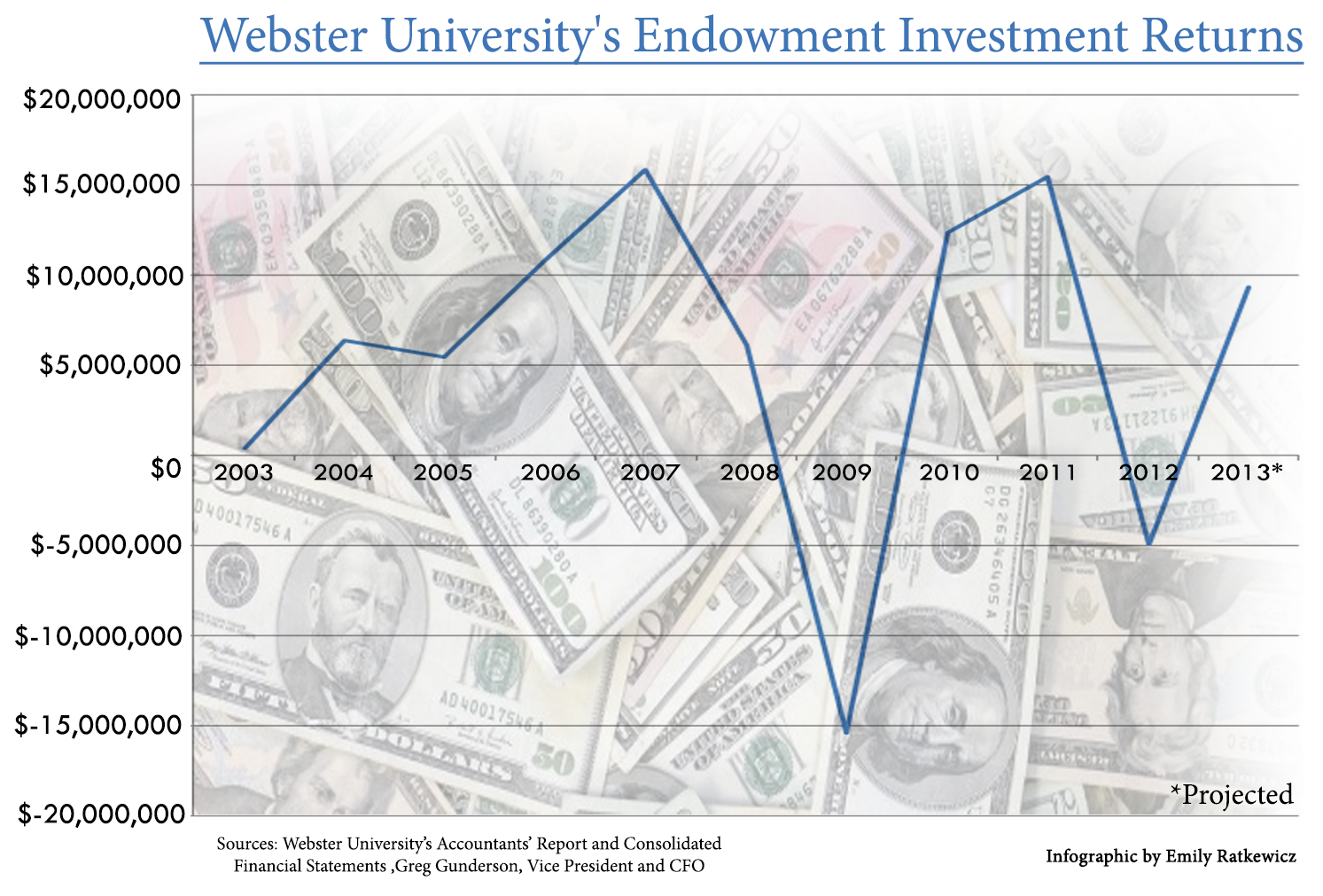 Last year Webster experienced around a $4.9 million loss on its endowment investment returns according to the BKD report.

Gunderson said the loss was typical for the market due to the debt-ceiling crisis in 2011 and the collapse of the European market.

“There was nothing you could have invested in over that timespan that would have yielded positive results,” Gunderson said.

Gunderson said Webster’s total endowment fund outperformed Webster’s own benchmarks by an average of 0.7 percent over the last 5 years, and consistently outperformed its peer group.

The risk portfolio Buchholz puts together advises Webster on which sectors it should invest in to gain the highest amount of returns, while still balancing and absorbing the risks the best it can.

The investments are made by dozens of different money managing firms that meet the needs of each portfolio. Each firm fills a role in Webster’s profile according to what kind of investments were decided upon in the risk portfolio.

Gunderson said that Webster’s portfolio doesn’t change much regardless of the market. Both last year’s loss and this year’s gain are simply reflections of the economic climate.

“We invest for the long term, we invest with partners that have high national reputation, and that have a consistently high performance,” Gunderson said.

Gunderson declined to say where Webster’s endowments have been invested, citing the competitive nature of the market.

In order to continue to increase its endowment funds, Webster has a policy of pulling out only 4.5 percent of investment returns, according to the BKD report. Webster reinvests the rest so that its total endowments are still up, even if investment returns are negative.

“Most of it (investment return) is invested so that it will be here 100 years from now and still be producing value. That’s our motivating factor; we are here for the long haul,” Gunderson said.