The McDonald’s in Old Orchard will soon be reconstructed with updated technology, more space and new kitchen equipment to comply with McDonald’s ongoing Major Remodeling Program.

Michael Proctor, who has owned the McDonald’s in Webster Groves since January, said the building will be closed in mid-April. Soon after, the current building will be demolished and construction will begin. The new building won’t open until July.

Proctor, who owns 11 McDonald’s in the St. Louis area, said wireless Internet played a part in the design of the lobby. The new lobby will have two separate bar seating areas to allow easier access to the Internet.

“It fits nicely with students at Webster University, Webster Groves High School and Nerinx,” Proctor said. “We considered those three schools in the design of the lobby.”

He also said one of the main features the new building will be is a two-lane drive-thru. This new feature will increase the size of the McDonald’s  parking lot. To make room for the second lane, the Webster Groves Complete Auto Repair shop sold some of its property to Proctor for an undisclosed amount.

Proctor declined to comment on the amount paid for the property, and who paid for it.

Scott Pfitzinger, owner of Webster Groves Complete Auto Repair, said he dislikes the move because he will lose parking spaces and accessibility to his store.

“It will just be an inconvenience all around,” he said.

Since Steering Properties owns the parking lot, Pfitzinger said he had no say in losing the space around him.

“People have always asked if I had owned the land, would I do it (sell a portion of the lot)? I don’t know. That’s a hard question to answer,” he said. “I heard they paid about a good 100 grand on it. That would be a nice convenience. But I’m losing my trailer parking and my side parking. It’s a lot to lose and give up.”

Mike Harney, Webster Groves building commissioner, said the planning commission had to review this purchase two years ago in order to make a full recommendation to city council if the two-lane drive-thru would be safe for customers.

In addition to the two-lane drive-thru, some features of the new building will include an expanded patio, a larger lobby that will seat 70 people, a raised sitting area with a flat screen television and outlets for laptop computers.

Proctor said construction will last around 100 days. In the meantime, employees at the Old Orchard location will be transferred to any of the other 10 McDonald’s Proctor owns. When the new building opens, those who wish to come back and re-open the restaurant will be able to. Those who choose to stay with their temporary location can do so as well.

He also looks to increase the staff size by 15 to 20 percent by June to prepare for the new opening. 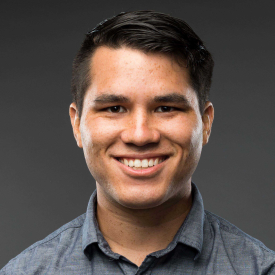 Schools shift to alternative method of learning when snow hits