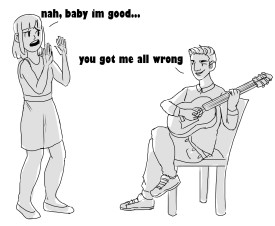 I think I can speak for all college students when I say it would be really cool if we had more money. You could almost say jobs do not pay enough, even go as far as saying the minimum wage is not enough. It is funny you should say that, because something is finally being done.

This minimum wage argument has gone on for a while, and according to the Missouri Department of Labor website, it has risen once a year since 2012. Now in 2015, we are lucky to make a whole $7.65 an hour.

The latest uproar came when it was announced fast-food workers would make an astonishing $15 an hour. This sends me into another level of rage, so for the sake of my blood pressure, we are going to focus on the positives.

Citizens, worry no more because St. Louis Mayor Francis Slay signed a bill raising minimum wage to $11 an hour – just an hour after it was given to him, according to an August article from Fox News.

The same article reported Missouri Governor Jay Nixon supports the minimum wage raise. As Kool and the Gang would say, “celebrate good times,” and celebrate I shall.

The thing is that the minimum wage is just that – minimum. It is not a maximum, not a little extra. It is the bare minimum.

It is kind of sad that businesses are rarely willing to go above that to the point where we have to make the minimum even kind of substantial.

The best part is how timely this is happening. The Fox News article said the first raise happens Oct. 15 at $8.25 an hour. October, folks. Christmas is approaching, meaning we are dangerously close to the obligatory purchasing of items to prove our love and appreciation to family who should already know that.

When is the last time anyone has spent money on Christmas and had anything left over, other than a fake smile and a joke of a bank account?

Obviously I am a little bitter about past experiences, but the bottom line is the minimum wage is raising, and that simply means more money.

A September article from The Missouri Times reported that the city of St. Louis will have to defend this raise in court, saying certain organizations alleged that the city “exceeded its power under charter.”

This is all “in progress” at the moment, but the Times said Slay has “vowed to fight for its passage” in court.

I would say it is a pretty good time to live in the 314. Ladies and gentlemen, we have a little over two years before we can bask in the glory that is $11.

Brace yourselves for bigger paychecks and happiness.